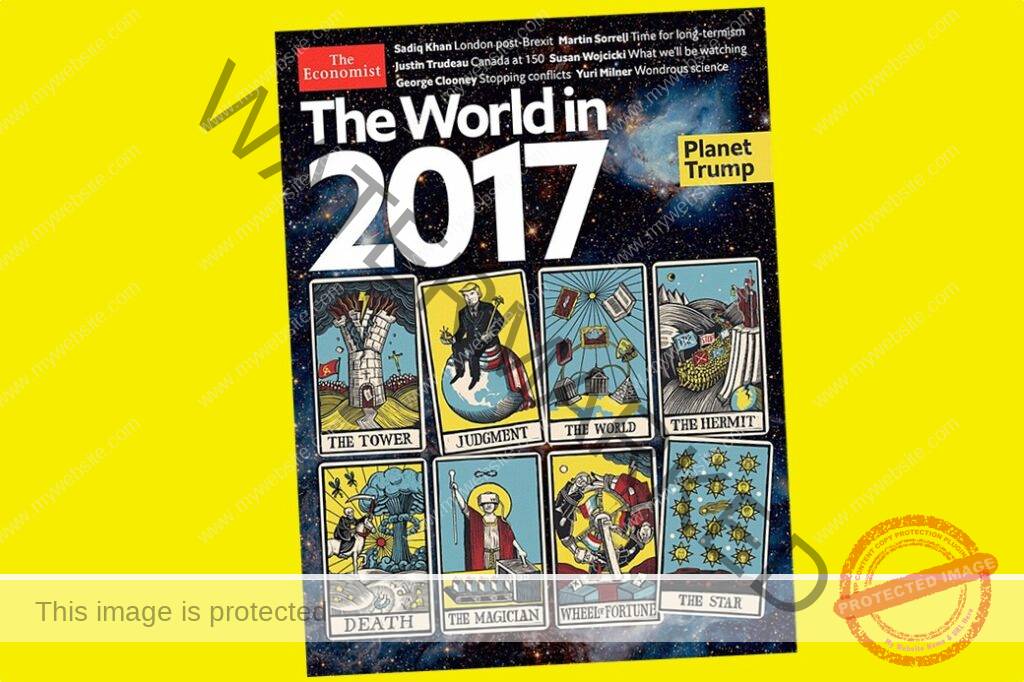 DISPLAY MY BIRTH CHART
When The Economist magazine published its now-famous 'Tarot Cards' cover, The World in 2017, it was immediately seen by many psychics as an accidental prediction.

When The Economist magazine published its now-famous ‘Tarot Cards’ cover, The World in 2017, it was immediately seen as an accidental prediction by many psychics. It was illustrated by Joe McLaren (thank you to readers who found his credit) and on his Facebook page, he comments

“The Economist’s ‘World in 2017’ launched yesterday- an annual magazine that predicts all sorts of things that might come to pass in 2017. As you might imagine, most of it makes rather grim reading – it’s sort of the opposite of the Beano annual.”