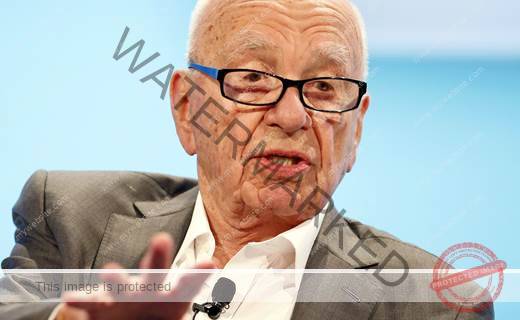 We are set to see the end of the Murdoch media empire as we knew it in May 2022, in February, May and September. This is a shock to the UK political system. And the ruling Conservative Party.

We will see the end of an era for the Murdoch media empire, starting in February 2022, and peaking in May that year. It’s going to have an impact on the Conservative and Labour parties in the United Kingdom, and transform the nation.

We have an acceptable B-rated natal chart for Rupert Murdoch, thanks to the data collectors at Astro.com and it’s very clear. For a man who is watched by other media, even successful rivals like NBC (NBC image: below/main image) this is a real moment of truth. The major pattern at 15 Taurus (a shock to global big business) takes place with Ceres (a carve-up) in Gemini (the media) and Mercury Retrograde in Gemini, right through May 2022. We also have an eclipse in Scorpio, then, on 16th May 2022, which is always a cover-up. So, even though I am looking into the future a year in advance – something is up. 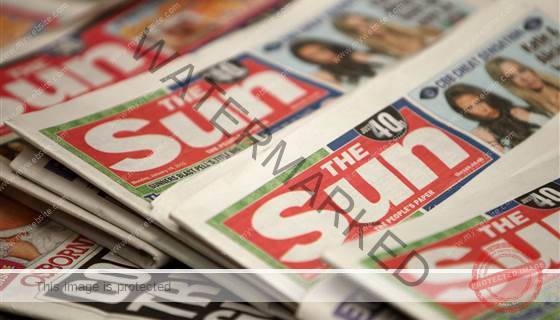 On 4th February 2022 we see a trigger to Murdoch’s chart not possible in about 29 years. He was born with the extreme pattern, below. Note Aries (battles, duels, combat, competition – and football) with Libra (duets and duels) and Chiron (finance). Well, starting on 4th February 2022, that pattern will be shaken up, like the contents of a snowdome.

You’d have to suspect Murdoch’s soul is a mystery to everybody except himself. And maybe one other confidante. This is the pattern: even if the birth time is wrong, this would still hold:

Every time that 15-degree pattern is triggered in the Murdoch horoscope, we see a duel (Aries-Libra) or contest. And we see his business interests. Inevitably, it’s about an election, which Murdoch’s media becomes heavily involved with. In fact, at one point, his newspaper, The Sun, claimed to have taken over.

It’s The Sun Wot Won It

On 11th April 1992 The Sun famously declared, IT’S THE SUN WOT WON IT in relation to the Conservative victory in the British election. 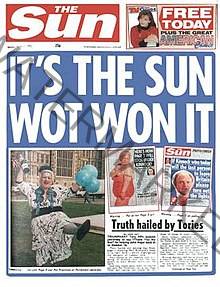 This headline came just ten days after Saturn at 15 Aquarius had moved right across Rupert Murdoch’s chart. Even some Conservatives acknowledged that The Sun contributed to their election triumph, including Margaret Thatcher.

The phrase was used again (It’s The Sun Wot Won It) by many political commentators after the 1997 general election when The Sun switched sides and supported Labour’s new leader Tony Blair. Saturn was at 15 Aries from May 10th until 18th, 1997.

You might call this 15-degree pattern the ‘kingmaker’ or ‘queenmaker’ cluster in Murdoch’s chart. To see Uranus (awakening, revolution, shock, the world turning upside-down) moving to the crucial 15 degree position in May 2022, just three months after Saturn has also been there, is unprecedented. And yes, it will affect the entire world media, because of that Ceres/Mercury in Gemini transit, too.

The Labour Party and Murdoch

The British Labour Party astrology chart shows Minerva in the Labour chart, exactly at 15 Cancer. A symbol of female wisdom in Cancer, the sign of patriotism, families and the property market.

The Conservative Party and Murdoch

Anyone who doubts that Murdoch has heavy ties to the Conservative Party, need only note that Pluto is at 15 Taurus (power, economics, values, big business) in the chart for the Tories, set for 12th November 1867 at 12.00 LMT in London (The Book of World Horoscopes, Nicholas Campion, The Wessex Astrologer, 2004).

Now, on 4th February 2022 – the Sun is conjunct Saturn 15 Aquarius. That is heavy, unusual and a moment of truth for Murdoch in relation to his political choices.  It is typical of astrology that the Sun (in the heavens) and The Sun (the newspaper) should be tied through synchronicity.

On 4th February 2022, there will be a flashback to March 22nd through April 1st 1992 – and that transit of Saturn at 15 Aquarius. So this is about an election, again, and Rupert Murdoch, again. Both the Conservative Party and Labour Party charts are hit.

What is really interesting is three months later, in the historic year of 2022 – Uranus (the shock, the revolution, the world turning upside-down) – goes to 15 Taurus. The last thing anybody expected to happen, will happen. The future will come rocketing into the present and the world will turn upside-down.

This is a transformation within the Conservative party, currently led by PM Boris Johnson as I write this on Sunday 9th May 2021.  This is as striking and unusual as (say) the Second World War, in terms of its impact on the Tories, their business ties, their political donors and their values. In fact, the last time we saw this was March 1939.

This is a direct hit on Pluto (control) at 15 Taurus (big business, party donors, the economy, values) in the Tory chart. It is that rare thing; a Uranus-Pluto conjunction. This is a shock to those in control.

This lightning bolt in 2022, also picks up that 15 Cancer position (patriotism, families, the property market) in the Labour chart. It absolutely spins the Murdoch chart in all directions at once. We’ve not seen this in his working lifetime.

Jaws on the Floor in Murdoch World

Specifically, we would be expecting jaws to hit the floor, in Murdoch’s family and business circle, and his political circles, between May 9th and 26th, 2022. This transit can only happen once in Rupert Murdoch’s adult life, as I’ve said. For his business empire, from Fox to News, this is a lightning bolt. It’s rather like the French Revolution crossed with the Industrial Revolution, if we’re talking about British politics and the media.

There are many charts for the United Kingdom of Great Britain and Northern Ireland, but the 1st January 1801 chart is popular and shows Venus at 16 Aquarius. This is just one degree away from that 15-degree pile-up in the charts for Murdoch, Labour and the Conservatives.

Actually, we can go back to the first chart we have for the country, set for the Roman Invasion and find Saturn at 15 Leo. So – you would have to say, the entire nation, from its Roman ruin foundations, to its Victorian architecture, is going to shake (along with the Murdoch empire) from May 9th to 26th, 2022.

The Next UK Election

The next election in the United Kingdom of Great Britain and Northern Ireland is set for Thursday 2nd May, 2024. Of course, it could be triggered earlier. One thing is certain. Mr. Murdoch’s extreme fate is tied to that of both major British political parties, and the nation, in February and again, in May 2022.

The third momentous month in 2022 for the Murdoch Empire and the United Kingdom, is September. The North Node of karma moves to 15 Taurus. The South Node of ‘soul accounting’ and spiritual debts and credits, moves to 15 Scorpio. At the same time we see Chiron move to 15 Aries.

This is also a deep dive into the astrological chart of the Conservative Party. This sort of combination rocks the inner economics of Murdoch and the Tories, but it also makes England Shake, to quote P.J. Harvey. Again, in September 2022, we see Mars in Gemini, the media sign, so if you ever wondered when something would change within the British political, television and newspapers system – next year, is that year. 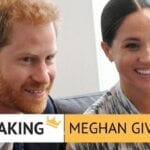