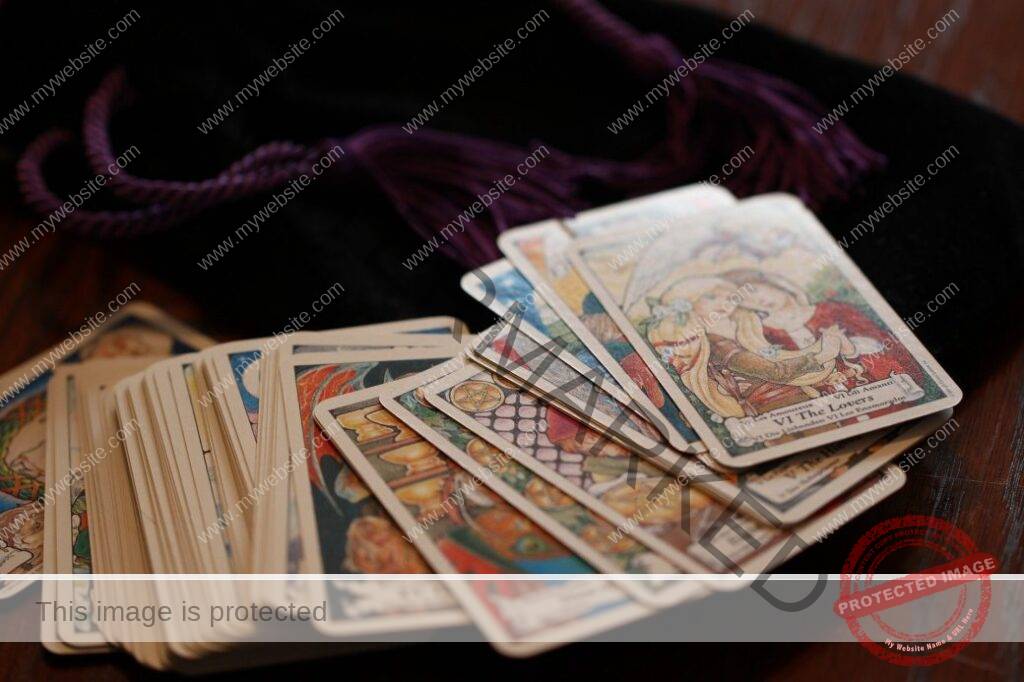 How will March unfold, in your life, and on the world stage? Tarot professionals Katie-Ellen Hazeldine in Great Britain and Kyra Oser in the United States and Canada look at your cards.

If you have a question this Tarot Tuesday and would like a one-card reading, please leave it in Comments.

The Astrology and Tarot of March 2020

March is about two big questions. Globalisation in the face of the COVID19 virus – and how well the world can pull together. Katie-Ellen’s World card reflects this. It shows Taurus the bull in one corner (Uranus, the planet of revolution, is now in Taurus, the sign that rules the global economy). How do we pull together when there is global conflict, though? Kyra Oser takes a look.

In your own life, this is a good time to begin thinking globally, while you act locally. The astrology in March is about the lead-up to the South Node going into Sagittarius, the sign of one-world thinking. What we’re seeing now is preparation for that. The traditional meanings of this card are global events, travel, successes, triumphs, completion, and the end of a cycle. The World card suggests fulfilment and completeness.

The corners of the card denote the ‘four corners of the earth’ and the four elements. The Lion is Leo, a fire sign, the Bull is Taurus, an earth sign, the Man is Aquarius, an air sign, and the Eagle is Scorpio, a water sign.

The woman dancing in the middle is the world-dancer, Sophia, Wisdom, representing a mixture of up-beat energy, sure-footedness and prudence in getting what we want and need in this world.

The World card is trying to tell us something about this new zodiac season of Pisces. What is that, and what might it mean in terms of real events?

Pisces the Fishes is a water sign, the twelfth and final sign in the wheel of the Zodiac year. It therefore embodies the energies of all the preceding signs, and is ruled by the blue planet Neptune, signifying the power of the subconscious, and all magical, mysterious things.

Pisces builds up to the spring or vernal equinox on the 19/20 March, depending on your time zone, when we will move into a whole new astrological cycle, beginning with fiery Aries. In the southern hemisphere this means the advent of autumn or the fall.

The World, drawn for the advent of dreamy Pisces, is saying, let’s stop the world for a moment, and get off the merry-go-round and take stock. Let’s tread water just for a little while and look around. Some will see signs of some kind of a healing process. For some, this will mean, quite literally, the visible signs of new buds and shoots, regenerating in a burned or flooded landscape. March may still see further fires or floods, but in general they seem to be losing their ferocity.

The World Health Organization is still news, working to help contain the spread of the Coronavirus. There is a sense here that its spread remains primarily concentrated in the Far East, despite further occurrences elsewhere. Total containment is not possible, and there may be a new, worse, mutation, but there is a faint suggestion that the current pandemic may be in retreat by late May, around the end of Taurus time if not sooner.

For many, on both a public scale and in private life, there may be an acute sense of lingering loss and disorder at this time, after rough events in recent months. But soon many will start to smell and feel a change in the air, brighter and fresher.

On a personal level, The World is in general a very fortunate card, and the simple fact of its appearance is a reason to be hopeful for what developments March might bring.

If you are waiting for news, good news can generally be expected.

The World card in imaginative, even psychic Pisces, reminds you of your creative talents and resourcefulness; those sometimes hidden depths, and the power of your imagination for changing your circumstances or personal relationships for the better, or completing creative, mystical, artistic, musical, ecological and humanitarian projects.

This month, suggests The World card, get ready to start gathering yourself for a new effort or endeavour, more likely to accelerate later rather than earlier in the month. Meanwhile, this is a good month for looking around you, but also looking inwards.

There are dreams that can come up again and again, pulling at your sleeve, demanding your attention. It this is you; they may be trying to tell you something important. Kyra Oser – The Five of Swords The tarot card I drew for March is Five of Swords. This is a competitive card that highlights minor conflicts, arguments, and, in some cases, war.

As old structures crumble in an impending worldwide revolution so new systems can take their place, global conflict will be inevitable. When you read about clashes in news articles this month, keep in mind that the existing world order is gradually being overturned so a better future can be given the space to flourish.

Words will be said in haste by world leaders, which some will later retract. Regrets are a side effect of actions taken in anger, yet the good news is that amends, or at least living amends, are always possible—not only on a regional or international scale, but also in your own life.

Speaking of you, this is a card that asks you to take your time in replying when you feel provoked, and most of all to pick your battles. In some cases, it might be important to speak up for yourself, and in other instances you can ask yourself if engaging with this particular person is how you most want to spend your energy that day.

This month is an ideal time to take a break and walk in nature, talk to a friend, or read a chapter in a book, particularly because contrary actions can shift your perspective and help you recognize what you value most.

In relationships of all kinds, know that if any tempers flare this month it’s a temporary manifestation of a mass anxiety regarding the colossal transformation that we and the planet are currently and collectively undergoing.

Even good change can cause different kinds of stress, so see if you can take it easy on yourself right now, especially if you feel you’ve been fighting a battle and you’re more than ready for a period of tranquility.

One of the benefits of pulling this card is its message about forgiveness. If you’re holding a resentment, would you like to release it from your mind with an experimental exercise? If you want to keep replaying an annoyance you have toward someone, that’s a valid choice, but it comes at a cost: resentments and fears can block you from using your intuition and receiving messages delivered from a higher consciousness.

Simply focus on peace and you will exude an energy of unity. Sometimes the fight is happening internally, and all that needs to be done to find one’s way to harmony again is to drop some of the swords as in the image in the card, and create a new future where events that may have bothered you at one time now feel so far away that it’s as if it happened thousands of years ago. When you’re willing to explore what the Five of Swords means to you, you’re already on your way to embracing a time of honest truce and lasting peace.