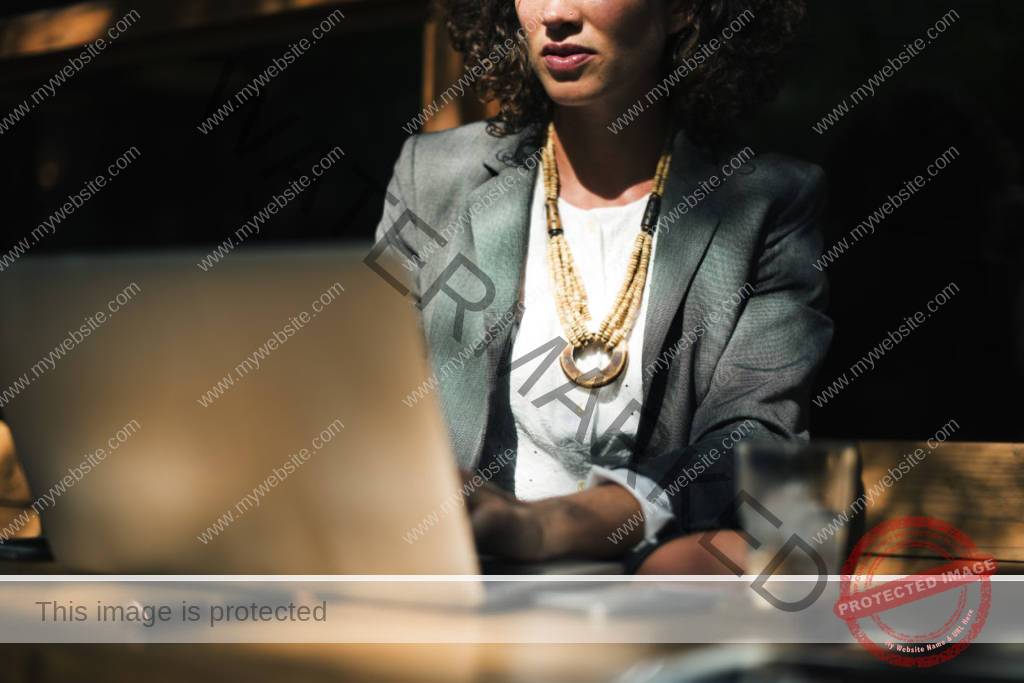 DISPLAY MY BIRTH CHART
Mercury Retrograde Shadow is the days before and after, when Mercury 'loops the loop' and it is often when the biggest problems occur.

Mercury Retrograde is the best-known astrology cycle in the world. It is also the cycle that most people get wrong. Why? They don’t understand the shadow.

It’s the days before and after, when Mercury ‘loops the loop’ and it is often when the biggest problems occur. Don’t be fooled. Mercury Retrograde does not end until the shadow ends. It lasts longer than a lot of people think. It begins a lot earlier than most people think.

On Friday, 8th September 2017, you may have read ‘Mercury Retrograde was over on 5th September.’ But how could that be when we also read Hurricane Irma is on track to hit America’s busiest airport four days after the supposed end of the retrograde? The strongest earthquake to hit Mexico in a century also happened on the shadow, beyond 5th September.

What You Need to Know about Mercury Retrograde Shadow What you need to know about Mercury Retrograde Shadow is simple. If you are planning to take a vacation or a long holiday, then have Plan B so that you are covered. If you are planning a major change, like moving to a new house, you may want to do it away from the dates I’m about to give you. Be aware that computers may play up. There may be data breaches. Hacking. The post may not arrive. Emails may go into spam folders. Product recall may hit cars, for example. And sometimes there is a ‘perfect storm’ when everything goes wrong at the same time. Back in 2015 on this cycle we saw the world’s worst  Mercury Retrograde traffic jam! (below). Space does not allow me to list every time zone in the world and these dates are averaged for London and Melbourne. You may find the shadow begins the day before, or the day after. If you are a Premium Member and have your chart, and you are concerned about a specific date, you can ask me in comments (if you are marrying on Christmas Eve 2018 for example!) People who live in Auckland or Los Angeles may have quite a different date affecting their chart.

Always use the shadow, front and back, and you will know about issues like extreme weather before they happen. These dates (above) are longer than you will read about in some websites and media, because they include the shadows. And they work. These cycles should not stop you from doing what you want to do – but be cautious – have a back-up – have Plan B. These days I also say, plan C and plan D as well. It is amazing how often Mercury can stitch up your fallback position!

This is especially true with trains. I mentioned extreme weather. Extremes of cold or heat, or rainfall, can affect any train system. When that happens people turn to taxis, so there are none available. Or buses – same story – people are left standing. The extra vehicles on the roads create traffic jams. And on it goes!

What to Do on Mercury Retrograde Shadow

In general, it’s a time of frustration, muddles and mix-ups. As I write this, for example, I’m hearing stories from two of my aunts, about the same thing – receiving proper replies and compensation for lost luggage and product malfunction. I personally just saw Emirates refuse me a seat on a flight I had booked six months before (but being an astrologer, I had Plan B). I am sure you have your own stories of typical Mercury Retrograde Shadow to share. A lot of people quit their favourite airlines on this cycle! Cancellations and delays of flights and trains are typical. Cars in general are affected – in July 2018 for example – Britons discovered that over 10 million customers of a car phone outlet had been hacked.

Mercury is the Messenger of the Gods. You can see him, below, in London. This sculpture sums the cycle up. Mercury is going backwards and forwards, and also stuck. This is what happens on Mercury Retrograde Shadow. I really like this image. It is in the ‘astrology zone’ of London and we’re actually organising a London Astrology Tour podcast in 2019 to take you past it!

I have a Twitter account where people regularly send me stories about their own Mercury Retrograde ‘rolling’ issues. Why do they roll? Because the planet does, on this cycle. It rolls back and forth and gets stuck, like a pinball machine gone wrong, so if you want to avoid pinging around with a refund (for example) you’ll do it away from these dates.

It is great for ping-pong. You bat the ball, someone bats it back. The ball falls on the floor and you start over. Playing the ping-pong game with negotiations, planning, scheduling, the creative process (particularly that) and all kinds of visualisation and forward thinking can work, if you give yourself a couple of months to tool around.

Obviously if Mercury Retrograde goes over the same sign and degree where you have a horoscope factor you will be personally affected. If you are a Premium Member and have your chart, check. You can ask me questions about that in Comments.

In general, if you have Mercury Retrograde going over the same zodiac sign where you have factors, and at the same degree or number, that period of around 24-48 hours will involve you with a person, organisation or situation which is stuck or going backwards, or will shortly do so. This is why when people make ‘absolute’ statements or huge announcements, and it hits your chart, you should be very wary.

What is one of the most notorious examples of Mercury Retrograde Shadow according to history? The 2018 episode in Aries, the sign which rules war. This was the time frame chosen by Donald Trump to negotiate ‘peace’ with North Korea. Watch. This was the same cycle that Britain negotiated ‘peace’ with Adolf Hitler last century.

Mercury rules the news and on Mercury Retrograde Shadow the news can be wrong, if it hits a spot on a country’s chart. This is exactly what happened when some U.S. media were declaring peace had been achieved. Astrology and history tell us – nope! Unfortunately, we are going to find out why.

HOW THE MERCURY SHADOW CYCLE WORKS

Using July-September 2017 as an example it’s easy to see how the pre-shadow and post-shadow works. Think of Mercury acting in a loop and you can see how the planet of communication, information and transportation starts in a particular zodiac sign, at a particular degree (number) and then goes back and forth.

Mercury should move one-two degrees every day, through a sign. On Mercury Retrograde Shadow it can hang on one degree for days. Then it does other weird things. It actually goes backwards. Here’s how it all goes wrong.

The cycle begins on July 25th when Mercury is at 28 Leo. It then moves to Virgo, the next sign along and appears to be moving normally – but it’s not. It’s in pre-shadow! It’s shadowing the same signs and degrees where it will shortly get stuck/reverse.

The stuckness matters as much as the backward motion of the planet. This is when you hit traffic jams, or Amazon doesn’t reply, or you speak to three Amazon consultants about your gift voucher and get nowhere. It is when the bank doesn’t get back to you, and so on. The sign Mercury retrogrades through is key. It shows you the house or life department where things are held up or reverse – or even come to nothing. In 2017 we saw it in Virgo and you may remember August 2017 if you have Virgo factors in your birth chart, as this would have been about your work.

As you can see above – the planet appears to be moving backwards through Virgo when it should be moving forwards – so it skids past 10 Virgo, 9 Virgo, 8 Virgo, 7 Virgo all the way to August 31st when it sits at 0 Virgo. It then slips back into the previous sign, Leo.

This is where the shadow comes in. Remember how the cycle began with Mercury at 28 Leo on 25th July? The planet repeats itself, going to 28 Leo again in the first week of September. Repeat the repeat the repeat!

This is where so many people get Mercury Retrograde wrong. Because they see it moving direct on 5th September they tell everyone to relax. Well, try telling that to people in Florida. Ahem.

How People Get Fooled by D for Direct

When it goes D for Direct, Mercury then retraces its steps through signs and degrees it already passed through. So, it is actually completing a stuck loop. This is where so many people get fooled – D for Direct does not mean the issues are over.  You know when the chaos of the 1929 Wall Street crash happened? On Mercury Retrograde Shadow. Let’s go back to 2017 again.

As you can see, sometimes Mercury just goes through two signs. Again, if you have Leo factors, you may remember rescheduling, delays or other issues involving children, godchildren and young relatives, or youth projects as Leo rules all these.

In 2017, Mercury – moving from 28 Leo, to 29 Leo, then onto Virgo 0, 1, 2, 3, and so on – also set up issues for 2018! How does that work? Well, given that so many plans these days involve deadlines of 12 months or 24 months, particularly with large corporations or government departments – anything that launched on the 2017 retrograde with a deadline of completion on the 2018 retrograde is not going to happen as it should!

In 2017, Mercury got to September 19th then he finished the shadow and completed the loop, back at Virgo 11 where the whole cycle began. (Depending on your world time zone you may have seen it end a little later, but by September 20th the whole world should be back to normal.)  Read more here.

The Most You Need to Know About Mercury Retrograde Shadow