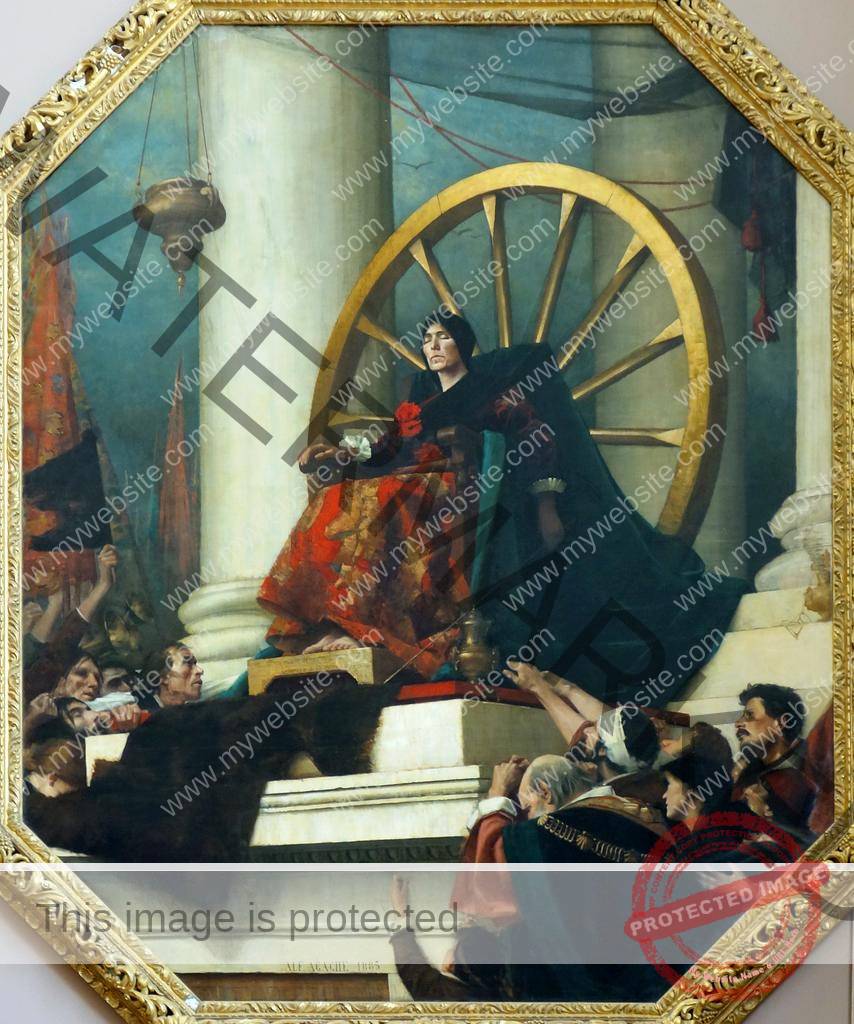 DISPLAY MY BIRTH CHART
Fortuna is the Wheel of Fortune in Tarot. When this card turns up, we have to accept that life will be in flux for a time. Ups and downs. Highs and lows. No permanence or consistency for very long.

The asteroid Fortuna is a symbol of random highs and lows in your horoscope. Your Fortuna sign and house reveals where you spin the Wheel of Fortune for other people, without knowing what you are doing. So, natally – in your personal birth chart – Fortuna shows where you take people up and down – without seeing what you do.

Fortuna is the Wheel of Fortune in Tarot. When this card turns up, we have to accept that life will be in flux for a time. Ups and downs. Highs and lows. No permanence or consistency for very long. When the asteroid Fortuna travels through your horoscope (glance at the Current Planetary Positions on the home page of this website to find out which sign and house she is in ) she spins your life around, so that every low is a high in the making, and every high is a low in the making.

Anyone who has seen Romeo and Juliet knows how fickle fate and fortune can be.

A little rain comes into every life. Fortuna by sign and house shows you where you are blindly in control of the process of Regno, Regnavi, Sum sine Regno, Regnabo (“I rein, I reigned, I am without reign, I shall rein.”)

How Fortuna Randomly Steers Our Lives

Fortuna used to rule the ground floor of the Victoria and Albert museum. I went back to see her recently and the staff had moved her. Fortuna had reigned but reigned no more. I am sure the next time I meet Lily or Harriet there for tea, Fortuna will be back!

Astrology is about synchronicity, or deeply meaningful coincidence. Fortuna, as a statue, was herself in a state of flux at the Victoria and Albert Museum. She was suddenly taken away (low point) and lost her position (another low point) but was probably being cleaned and restored (a high point) and will eventually make a comeback, I’m sure (another high point).

Fortuna should cheer you up. You may be all at sea now but soon she will send your boat in the direction of rich rewards, steering you towards abundance. None of it would have happened, had you not been heading for the bottom.

That’s the giddy joke of this asteroid. In your birth chart she shows a lifelong pattern. A constant inconstancy! By transit (travelling through) she adds a big note of randomness to proceedings.

The History of Fortuna

As Shakespeare wrote, “This is the excellent foppery of the world, that when we are sick in fortune – often the surfeits of our own behaviour – we make guilty of our disasters the sun, the moon and the stars, as if we were villains on necessity, fools by heavenly compulsion, knaves, thieves, and treachers by spherical predominance; drunkards, liars, and adulterers by an enforc’d obedience of planetary influence;  and all that we are evil in, by a divine thrusting on.”

Fortuna and the Wall Street Crash

The 1987 Wall Street Crash on 19th October 1987 saw Fortuna at 17 Virgo, the sign ruling employment, exactly square serious Saturn at 17 Sagittarius, the sign we associate with foreign places and people.

What happened in New York saw Fortuna spinning her wheel around the world. It affected our jobs everywhere.

Predicting the Future with Fortuna

I sometimes hear astrologers dismissing asteroids because they are not classical planets. That’s a mistake. Asteroids reveal our future just as much as Jupiter, Saturn and the rest.

We are on track for a historic transformation in the way governments and big business operates, set for January 2020. It will affect Prime Ministers, Presidents and CEO’s around the world and life will never be the same again.

Fortuna is there on 1st January 2020 at 8 Capricorn, exactly alongside the True South Node of karma at 8 Capricorn. Every high is a low in the making, then, and every low is a high which is changing.

I am writing this on November 27th, 2018, and in two days from now, Fortuna will change signs and enter Scorpio, which rules Wall Street, the London Stock Exchange and other world markets. It rules the Dow Jones and it also rules Bitcoin.

Every high is a low eventually and every low becomes a high. Fortuna is also just ahead of Mercury Retroshadow going into Scorpio! This takes place on Saturday 1st December. The very next day, Venus goes into Scorpio.

You’d have to say this anyway, because of Brexit uncertainty, but December sees global financial flux. Fortuna will be in there spinning her wheel up and down.

Are you a Premium Member? Please keep reading to find out how Fortuna works in your personal birth chart and how her cycles will affect your life in 2019.