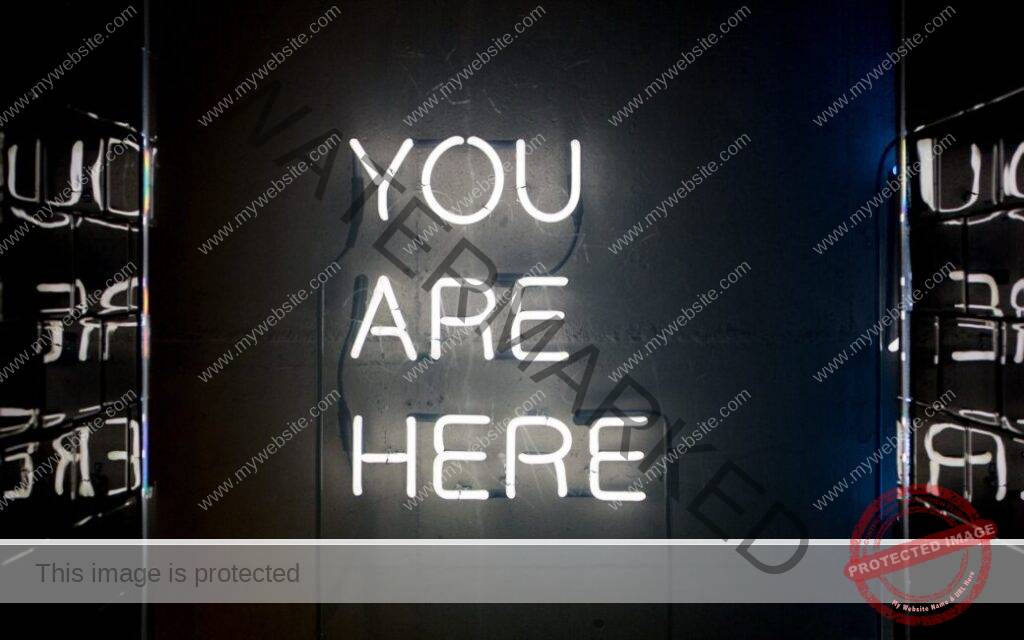 DISPLAY MY BIRTH CHART
If you were part of the Conscious Cafe gathering tonight presented by Gina Lazenby and Judy Piatkus, welcome to an extended Q&A session, below.

The Conscious Cafe – Survive and Thrive in the New World

Welcome to the extended Q&A session following our global meeting at The Conscious Cafe on Thursday, August 6th, 2020. One of the comforting things about astrology is that history repeats and so we know what we are dealing with. What to do and what not to do. What works and what doesn’t work, in a particular era.

The fact is, we are in Mutable Sign weather, triggering the astrology charts of people born with outer planets in mutable signs (Gemini, Sagittarius, Pisces, Virgo)  – and that means massive worldwide change.

The North Node and South Node go around in cycles, backwards in time, and whenever we find them sliding into Gemini and Sagittarius, after Cancer and Capricorn – and it just happens to trigger a whole generation – we see the same basic message.

This is the link to the global conversation with me, if you missed it – with true predictions and new predictions. Filmed in Australia and Great Britain, with guests from around the world, on Thursday August 6th, 2020.

The Black Death of 1350, Great Plague of 1665, Spanish Flu of 1918 and AIDS in 1981 all hit ‘Sagittarius Generations.’ Even as far back as 1347, people born with Neptune and Uranus in Sagittarius were swept up by Mutable Weather: Jupiter and Saturn in Pisces, the North Node in Virgo and South Node in Pisces.

Fast-forward to 2020 and it’s happening all over again. We have Neptune in Pisces, the North Node in Gemini and South Node in Sagittarius – and Generation Sagittarius, born with Uranus, Neptune or Pluto in Sagittarius, are being swept away by it. Fortunately we know what the answer is. Stop travelling. Or – find a different way to travel. Think local not global. Why? Because we are going to see rolling squares and oppositions (clashes and obstacles) from Gemini and Pisces ‘weather’ for 20 years.

Generation Virgo, all born with Uranus and Pluto in Virgo (health, wellbeing) in the 1960’s are now being pulled into this Mutable sign weather, just as they were during HIV-AIDS in the Eighties. This is a reminder that there may be no magic instant miracle vaccine or cure. In 2020 the latest attempt at a vaccine for HIV-AIDS failed. It cost US $100 million.

What We Know From Previous Cycles

Even in 1665 we knew this, as The Great Plague swept London. The two factors which follow each other on these Node cycles (Cancer-Capricorn followed by Gemini-Sagittarius) are always the same. Housing (Cancer) and home town or country (Cancer) dominated by big business (Capricorn) or politicians (Capricorn) provokes a crisis. Too many people in too small a space. High population density. The decisions made at the top create habitat crisis for people.

The Node cycles then move, inevitably into Sagittarius-Gemini. Global versus local. International trade, export, shipping and the rest versus – your village or town.

The Great Plague of 1665 became a national crisis when rich Londoners fled the city with the rats and fleas in their carriages and took them into the rest of the nation. Scotland closed borders.

Astrology is alchemy. It’s you, plus the transits (or cycles) plus the astrological chart of the town, city, country where you are. (People are surprised to hear that nations or capitals have charts, but they do – everything does).

So it’s not enough to say that we saw a Great Plague in 1665-1666 in Great Britain when we had mutable weather. Jupiter in Pisces, Pluto in Gemini, the North Node in Gemini and South Node in Sagittarius triggered a whole generation.

The Spanish Flu in 1918 triggered everyone born with Uranus in Sagittarius from the year 1897. That particular Sagittarius generation had a mission. To understand the world, to understand ‘foreign’ and to reconstruct the known globe. This generation was caught up in the First World War and a pandemic that swept every country.

During that year they saw more mutable-sign weather. Jupiter in Gemini, the North Node in Sagittarius, South Node in Gemini, Chiron in Pisces.

Fast forward to now, 2020. Do you have Uranus and Pluto in Virgo, perhaps? Do you have Uranus, Neptune or Pluto in Sagittarius? The cycles of time in the mutable signs, for another 20 years, make you in the absolute front line for change. Not just ‘rebuilding’ but total replacement. The global has become personal for you.

This is especially true if you have Pisces, Virgo, Gemini and Sagittarius planets anyway, but particularly so, if you were born with the transformation planets, Pluto or Uranus in those signs. But – if you are picking up on this mutable weather, and you do have mutable signs, it’s time for your questions! Over to you.

Your Comments and Feedback

“I appreciate Jessica pointing out that THERE IS NO GOING BACK TO NORMAL! It’s not going to happen! Also, I like the point that Ghislaine Maxwell is standing next to Pluto the character, in a photo of her.”

Yes, this is typical of the cycle we are in. There is no rebuilding, or reset, or correction, or improvement – for so many people. Why? They don’t want the old system or structure. They want something that is radically new and different. A replacement world. And as for Maxwell – she genuinely posed with Pluto. Watch November.

“Who is going to be left to run the world when the old men of the Capricornian era give way to the Aquarian era?”

Women will share power with men, but we are also going to see old/young and rich/poor as well as white/non-white. The most striking difference will be the shift in male-female power. Generation Aquarius, born with Uranus or Neptune in Aquarius (people power) will make it happen. Old souls who are here to replace a very tired, destructive old system.

“Interesting to note that there is a Solar Eclipse on 10th June 2021 at  19 Sag 47 picking up that Uranus/Pluto conjunction in Virgo!”

This comment from Robyn Ray, who recently lectured at The Astrological Association of Great Britain 2020 conference, is really on point. We have a crisis in the final week of January 2021 at 19 Pisces-Gemini-Sagittarius. You usually get a cover-up with a crisis. So we have one, about six months later. Ask yourself what the world is not seeing on 10th June, following what is obviously going to be a massive crossroads for airlines, cruise companies, visas, passports, borders and so on, as we go across January 24th-27th 2021.

This is just one of the questions that came my way during the Conscious Cafe. You may have your own, so please do post them in Comments as I can see your personal birth chart (if you are a Premium Member) and take a closer look.

Hi Jessica,
I am mindful about all you said at the Conscious Cafe meeting. I thinking I am hanging on to old ways of education for Luke my son, i.e. going to school, getting exams, university. Luke does not want to go back to school, although I would say he was not that motivated to do home learning despite my best efforts. So where does that leave me? Thinking his teachers at school get the best out of him, so he must go back. Then that leaves me trapped in this house! for another potential 5 years. I have tolerated it so far for Luke’s education. Now thinking in a different way, If we could move and have a cottage with a veg/flower producing garden for the community and make a living – could we do it? Luke has Jupiter in Sagittarius 19 and Pluto 28. He is Sun Aries,  Any advice or insight would be gratefully received.

There are a couple of cycles you are seeing here. The first one is the end of the Cancer-Capricorn clash. Cancer rules your house, garden and son. The family and its home. Ever since Saturn changed signs in December 2017, to Capricorn, you and your son have both experienced tremendous pressure, every four weeks, as the Moon in Cancer has been regularly opposed by Saturn, Pluto and the South Node. Now, the situation is easing. It has eased considerably since May when the South Node left Capricorn. We are now left with Saturn and Pluto and Jupiter there, and two of those will be gone just before Christmas.

So, for one reason or another, the strain is over in time for Christmas Eve 2020. This is likely to be because of government, school, council or other authority changes for 2021 which allow you both to have a great many more choices. You may also see some obvious developments like a drop in the cost of rent/mortgage/purchase with specific houses or apartments as the United Kingdom of Great Britain and Northern Ireland rearranges herself.

Keep your eyes on what you want for him and for yourself. Be very focussed and specific with your journal entries and read it aloud, asking the invisible world for help with what you both want and need. They are willing and able to assist, but they have to be asked!

The other cycle you are going to experience is of course the continued mutable weather (Gemini, Sagittarius, Virgo, Pisces cross-currents) between whole generations of people, like Luke (the student) and those in their fifties (so concerned with their diet and health). You do stand to gain there, by educating in a new way, and also learning yourself. So it’s a loop of knowledge exchange. By January 2022, you have made tremendous progress. You will find a way to make the most of these Sagittarius, Gemini cycles that benefits yourself as well as Generation Virgo, who are the new super gardeners.