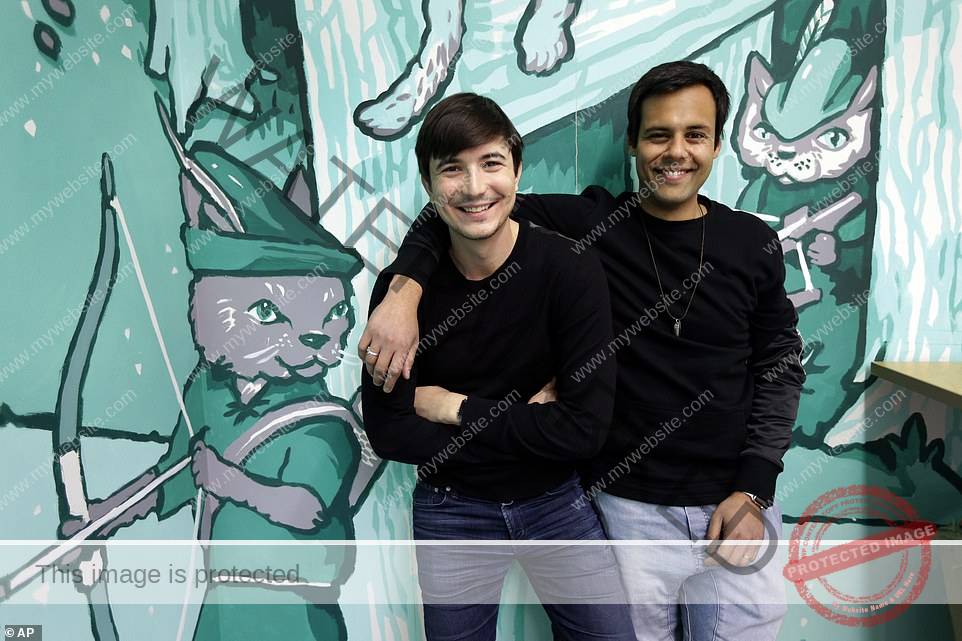 DISPLAY MY BIRTH CHART
The revolution in the world economy is here. It’s being led by Robin Hood, Roaring Kitty, GameStop and Reddit.

The revolution in the world economy is here. It’s being led by Robinhood, Roaring Kitty, GameStop and Reddit. This is the share markets for the people, by the people. It will radically change your money by 2026 and yes – it was predicted. Date-stamped and name-stamped. Welcome to the new Mad Money.

Do you remember how the internet started in a small way, for those in the know, then changed the world? That is exactly what is going to happen to the global economy in 2026, with Robinhood, Reddit, GameStop and Roaring Kitty in 2021. These are the early players. Things will move fast, too. How fast? Well, forget GameStop, just yesterday, people power investment (Reddit member style group share market games) now focus on silver.

May 7th to 30th, 2026 and, specifically, May 16th of 2026 will profoundly alter how the world handles money. Again, from July 19th to 23rd, 2026 we are going to see a radically different Wall Street in just a few short days. I am looking five years into the future here. How do we know this? Because the rare patterns that just shocked Wall Street in January 2021 will repeat in May and July 2026.

Ordinary people (even teenage boys) are making a fortune by taking on hedge funds and Wall Street as 2021 begins. They are using the Robinhood app. As soon as I saw this, bells rang. I’d written about the ‘Robin Hood’ generation before.

These younger faces, from sixteen-year-olds to Millennials to Eighties babies are variously part of Generation Libra, Generation Aquarius and Generation Scorpio. In a moment, I’ll show how I predicted the future of America in 2021 with the Robinhood fans a year before it was front page news.

“Without reliable birth data for the majority of these people (Democrat candidates) it’s impossible to single out a leading face for 2020. Yet, the astrology of the actual parties says ‘Robin Hood thinking.’”

“Not so much stealing from the rich to give to the poor in America, but having the super-wealthy hand out, and share.”

This clipped image is from the original January 26th, 2020 prediction, ten months before Joe Biden arrived – and a year before the Robinhood app made front page news.

The End of White Men in Suits

“The end of white-men-in-suits at the top is coming, as Pluto and Saturn move slowly out of Capricorn, the sign which rules the old establishment.”

Small investors on Reddit, backed an apparently doomed video game chain called GameStop and attacked Wall Street titans who’d bet on its failure. Instead, shares in GameStop have surged about 1,800 percent since the beginning of January.

People are surprised that corporations can have horoscopes, but we use ‘birth’ dates for them too. On April 26th, 2006, GameStop was registered with the Securities and Exchange Commission, when Saturn stood at 4 Leo. It doesn’t matter what clock time that happened, or where it happened, Saturn would still be at 4 Leo. The North Node was at 4 Aries and the South Node was at 4 Libra. This is really important, because the Wall Street chart has a 5 degree pattern. Very close. And it’s in Taurus, the sign ruling bull markets.

GameStop was worth $US3 ($A4) in 2020 but in January 2021 surged by 93% to be worth more than Apple, Facebook, Microsoft or Disney shares. And it was all thanks to Robinhood. As an astrologer, you would expect the surge to chime with patterns at 4 degrees in the astrological weather. You would also expect Robinhood to show a 4 degree patter. Correct on both counts. In modern astrology, we allow one degree’s difference for a pattern to trigger. Wall Street has Venus at 5 Taurus.

We know that Robinhood was founded on April 18th, 2013 with Neptune at 4 Pisces and Ceres at 4 Cancer.  We don’t have a time or place for that founding, but it could have been anywhere, any clock time, and Neptune would still be at 4 Pisces, and Ceres at 4 Cancer. Whenever we see patterns at the same degree in a person’s chart – that’s an extreme personality. Here we have an extreme organisation. Robinhood founders Vladimir Tenev and Baiju Bhatt chose Thursday, March 12th, 2015 as their official launch. Saturn was at 4 Sagittarius. This would be the case with any clock time, or location. I have no idea if these two modern rebels used astrology to select that date, but it forms an angle to the Wall Street chart, with Venus at 5 Taurus, right away.

As you’ll see in this feature, Robinhood, Game Stop and at least one man involved all have something in common. Astrological chart factors at 4 degrees. That’s how you can predict the future. Why? Because rare and historic astrology patterns are hitting the Wall Street ‘birth’ horoscope.  We will see the end of the elite boys’ club running share markets and the rise of people power. Quirky. Unpredictable. Often, shocking.

The Four Degree Link – This connects exactly with the chart for the man who just broke Wall Street and changed it (according to the astrology) until 2026. His name is Keith Gill, better known as Roaring Kitty. He was born on June 8th, 1986.

That is not AA data (verified from birth certificate), but if we go with it, we find convincing evidence that this really is Kitty’s birthday. Why? The horoscope shows that 4 degree connection. Kitty has Pluto at 4 Scorpio. Neptune at 4 Capricorn. Mercury at 4 Cancer. He chimes with Wall Street. He chimes with Robin Hood.

The Roaring Kitty YouTube Channel – Keith ‘Roaring Kitty’ Gill began his YouTube Channel on April 4th, 2015. Again, people are surprised to find that a channel can have a horoscope, but this one does. It shows Saturn at 4 Sagittarius. Another connection at 4 degrees.

Watching Jupiter at 4 Pisces and 4 Aries – Jupiter, the planet of abundance, growth, opportunity, solutions and breakthroughs, moves to 4 Pisces on January 18th to 22nd, 2022. That’s the first unusual pattern to show up. Jupiter will make angles to Roaring Kitty’s horoscope. To the Robinhood horoscope. To the Wall Street horoscope. Jupiter then goes to 5 Pisces from January 23rd until January 26th, 2022.

This is a classic indicator of share market chaos when Mercury Retrograde stands at 4 and 5 Aquarius, the sign of groups (like Reddit) and that takes place on the weekend of January 22nd and 23rd, 2022. We also have the Moon standing at 5 Scorpio, a sign associated with finance, on Tuesday, January 25th. So circle that final week of January 2022 for share market drama, of the type first viewed with Reddit back in January 2021.

Jupiter moves to 4 Aries from Friday, June 3rd, 2022, until Thursday, June 9th, 2022. Jupiter appears again at 4 Aries, from September 17th until 24th, 2022. This is the planet which is most bullish. Jupiter is about hope, expansion, growth, optimism. Jupiter goes to 5 Aries from June 10th to 16th. June 2022 is significant because we have an eclipse (a cover-up) a month before on Monday 16th May. It’s a Full Moon Eclipse with the Moon at 25 Scorpio and the Sun at 25 Taurus.

Jupiter (abundance) then pops up again at 4 Aries in the year 2023, specifically from January 21st to 26th. You would have to pinpoint Wednesday, January 25th, 2023 as the stand-out date as the Sun is at 4 Aquarius. I will leave it to you, to do your own astrology. He moves to 5 Aries on January 27th to 31st, 2023. I’m looking two years into the future here, as I write this in February 2021, but on Wednesday the 25th of January 2023, the Sun is at 4 Aquarius (groups, like Reddit and indeed Robinhood and his Merry Men) and Jupiter is also at 4 Aries on the same day. That only happens once in 12 years.

All About Those Dates at 4 Degrees

This feature is for education and entertainment only. You are the only person who knows your own chart. You control your financial future. Not me. As an astrologer and psychic though, I have to tell you – for better or worse, what you are seeing with the Robinhood app and specifically the Reddit model of share market rebels in 2021 is the future.

This ‘Merry Men’ model of shocking the share markets will eventually include women, as I’ll predict in a moment. It will also help stop Climate Emergency. How? Big businessmen and corporate donors to governments don’t value land, unless they can build on it. Environmentalists want to save land for nature. We’ll see a Robin Hood approach to ‘worthless’ land. Fit only for development, apparently. But green, green, Robin Hood types will plot together to make the value skyrocket. This is a classic Uranus in Taurus (the current cycle) outcome. What was worthless, becomes worth multi-millions through a new game. Essentially green investors will use people power to take ‘cheap’ nature away from developers and preserve it.

If you do have anything in your personal birth chart at 4 or 5 degrees and you are (say) a Reddit Robinhood investor – you need to really look at those dates I just gave you, for your own research. Just remember the key to all this is that Wall Street was founded with Venus (the ruler of Taurus, the sign of the Wall Street bull, gold bullion and bull markets) actually at 5 Taurus. Anything at 5 degrees,  or close by, at 4 degrees, is a trigger.