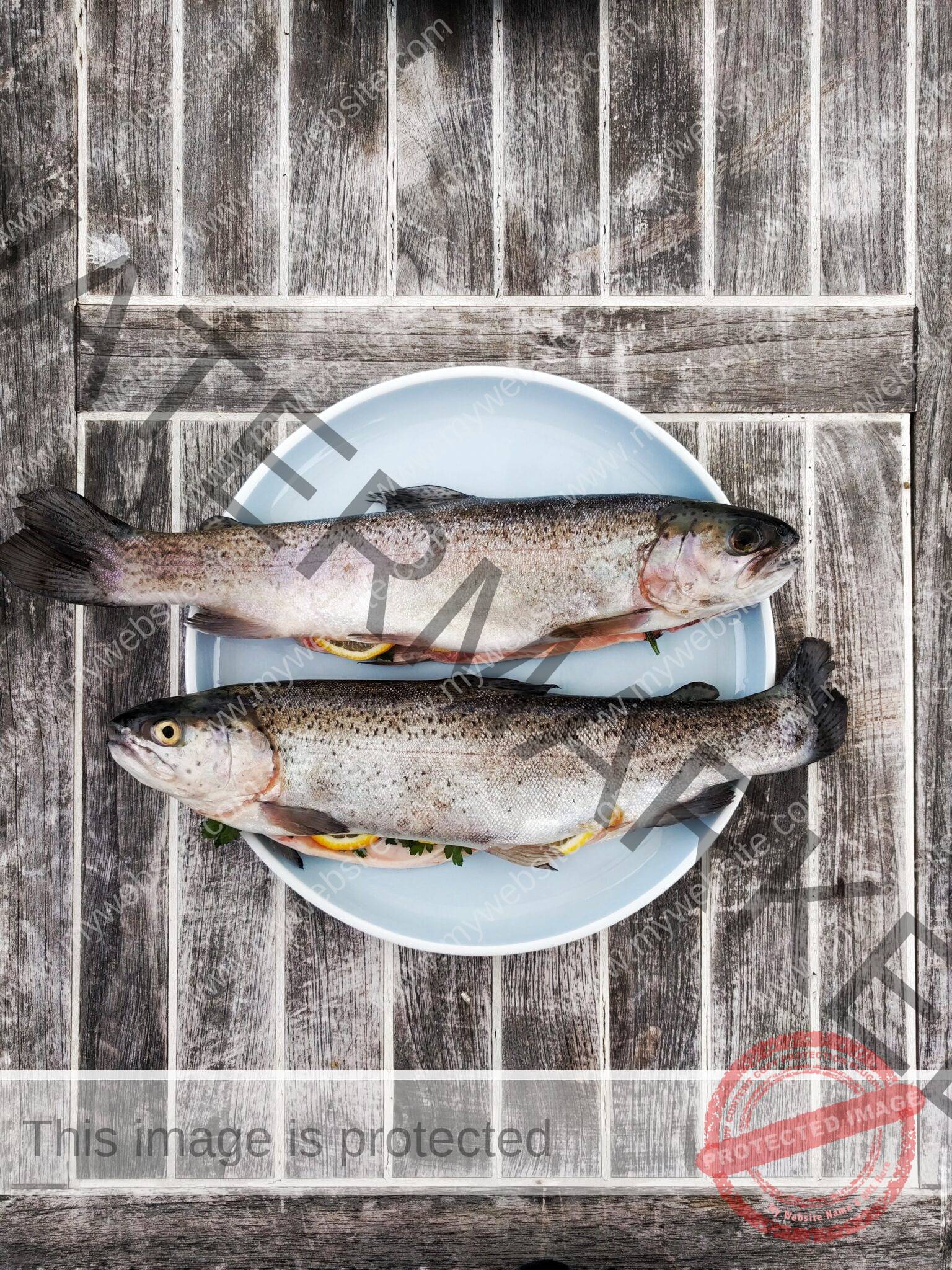 DISPLAY MY BIRTH CHART
What happens when you have Saturn in Pisces on your plate? What changes on the menu for you, and the world, 2023-2026? 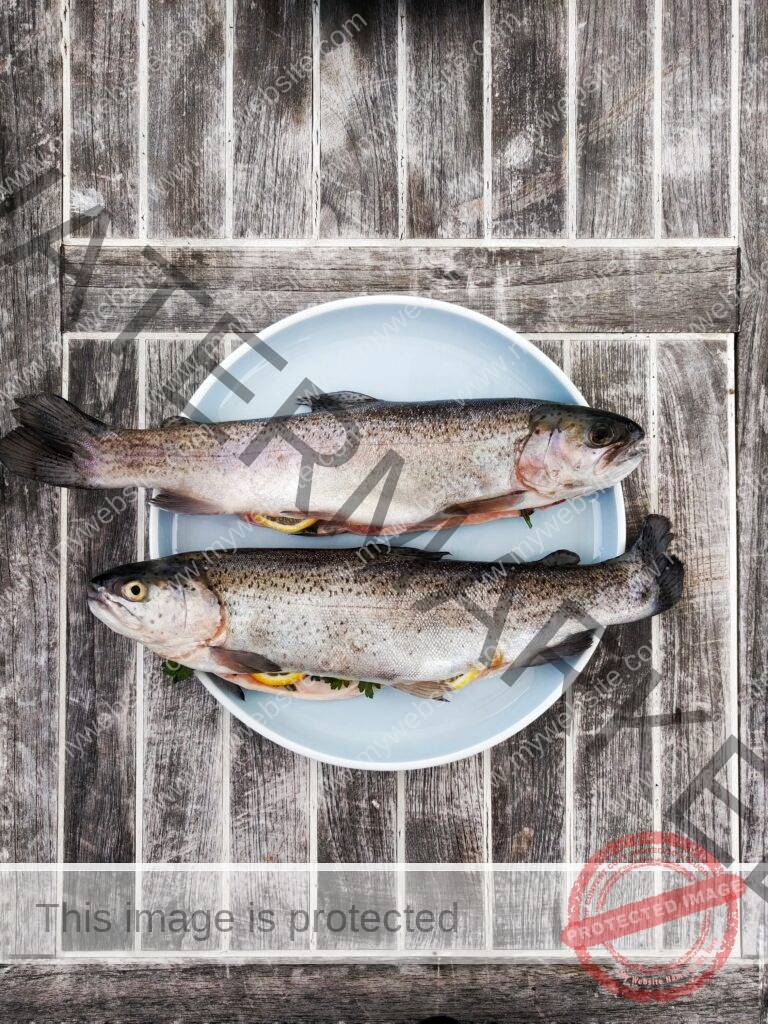 What happens when you have Saturn in Pisces on your plate? What changes on the menu for you, and the world, 2023-2026? This photograph by Gregor Moser shows us the bare facts about Pisces, the sign of the two fish. Sometimes you get a heavy serve. And yet from this, you can cook something new in your life. In a moment, I’ll look at the new Saturn in Pisces cycle and what is possible with COVID-19, work, health, travel and transport.

The Crisis for Christianity

Every time Saturn (difficult days, long life lessons) passes through Pisces (Christianity) we always see a crisis for the Christian church. This is coming back in 2023, 2024, 2025 and 2026. Here are the dates, below. This is not just about the Anglican or Roman Catholic church, though. Pisces rules all faiths. So we are very much talking about religion in India, and these cycles starting in 2023 clearly show that we are still in a massive global health risk zone.

Religion is a deeply personal thing. So is spirituality. You are either a believer, or unsure, or firmly against. Pisces has always ruled the soul. We can talk about non-mainstream beliefs, which we find in the New Age – but history shows us, Saturn in Pisces is always about the billion-strong congregations. (Image: Elia Pellegrini, Unsplash). 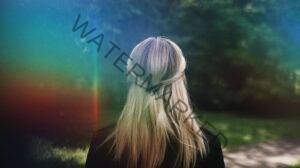 Generation Virgo and Saturn in Pisces

Each Saturn in Pisces cycle triggers the generation born with the slow-moving outer planets (Uranus, Neptune, Pluto) in particular zodiac signs. It is always about a religious crisis and necessary progress, improvements and reform. However, the particular kind of crisis is shown by the people alive at the time, and their mass shared horoscope.

In 2023-2026 the Virgo Generation born in the 1960s with Pluto and Uranus in Virgo (health) will all collectively go through the opposition of Saturn in Pisces to their natal planets. This is the only clue you need, to see that the Corona Virus (as we called it back in January 2020) is not going away.

Neptune transiting Pisces until 2026 is the other clue. From an astrological point of view, COVID-19 is as much about religion as it is about public health.

We might also speculate that new vaccines or treatments in 2023-2026 might involve human sources (abortions) and so that is another crisis for the Roman Catholic church. Birth control, contraception and abortion were also huge issues for the Vatican in the late 1960s as The Pill was under development. Saturn in Pisces ruled 1964 to 1967.

In Tasmania, which is Zero Covid as I write this, the local newspaper has a 12-page liftout – our ULTIMATE VAX GUIDE. Beyond the question of the Pope’s view on human-sourced medical research, we also have a fundamental question about Pfizer and Astra Zeneca, Moderna, Johnson & Johnson and the rest.

When is a vaccine not a vaccine, if Israel (a strongly religious country) is showing us that two injections of Pfizer will not stop you spreading COVID-19 to other people, or becoming ill yourself? Pfizer is excellent at keeping people in Israel out of hospital, and preventing death, but the reality is: Israel is heavily vaccinated and yet its COVID-19 cases in September 2021 have never been so high. So where is Israel’s God in all this? Saturn in Pisces is not just about Christianity. 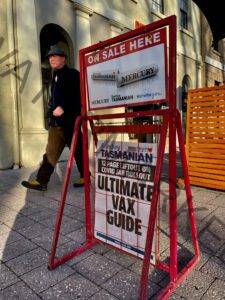 The Public Failure of Prayer

We will also see the  public failure of prayer to control COVID-19 and other public health crises. This is also a crisis for religion, as some of the public can only tolerate that for so long. Believers will argue that God has a plan too great for them to see.

Yet, religion depends on mass  gatherings – and COVID-19 is airborne – so the fact that we are seeing a problem for the church in 2023-2026 is again, another really strong clue that COVID-19 persists.

The previous cycles of Saturn in Pisces have delivered extremely heavy tests of faith and belief for the big, organised religions as well as churches with smaller numbers. If we begin by looking at the 20th century, and the arrival of Adolf Hitler and Nazi Germany, the questions begin immediately – for the Jews. Saturn in Pisces was not just a late 1930’s threat for the Vatican (the Roman Catholic church had serious questions about its own soul) but also the Jewish people. So although the two fish of Pisces are linked to Christianity, it’s actually about all religion and its tests, under Saturn in Pisces.

Saturn in Pisces and Reform in Religion

Saturn always brings trials and tests, but reform is always the result. Long overdue improvements. Why do we associate religion with Pisces?  The Age of Pisces according to many astrologers, began c. AD 1 and will end c. AD 2150. Jesus Christ was born then and the astrological symbol for Pisces, the fishes, tallies with the twelve apostles as the “fishers of men,” and of course early Christians called themselves “little fishes,”with the code word for Jesus also being the Greek word for fish, “Ikhthus.” This stained glass window in Chartres Cathedral, below, shows the symbolism of a zodiac sign, above the heads of Christians in France. I have seen zodiac signs in churches and cathedrals all over the world, and not too far away, in Canterbury Cathedral, you can also see them in the flagstones. Drive behind any line of traffic in America and you will probably see the Christian fish (not the astrological fish) in stickers on the rear window. 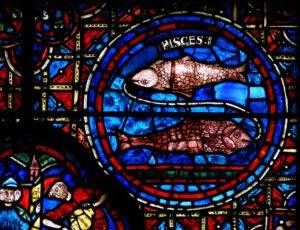 Hitler and Christianity During Saturn in Pisces

When Hitler obtained power in 1933, 98% of Germans were Christian, with 66% being Protestant and 32% being Catholic. The Nazi policy of  Kirchenkampf was about the eradication of the churches. The Salvation Army and the Seventh-Day Adventists both disappeared from Germany during Hitler’s rule.

The Vatican and Saturn in Pisces

The Second Vatican Council (Vatican II) was a massive period of reform for the Roman Catholic religion, opened on 11th October 1962 and closed on 8th December 1965, during Saturn in Pisces. Interfaith dialogue with other religions resulted, among other changes called under Pope John XXIII and Pope Paul VI.

Women Priests and Saturn in Pisces

The Church of England ordained its first women priests in March 1994 during the last Saturn in Pisces cycle. Thirty-two deaconesses were ordained at Bristol Cathedral in a service led by Bishop Barry Rogerson. The Archbishop of Canterbury George Carey, appealed for church unity, during protests. 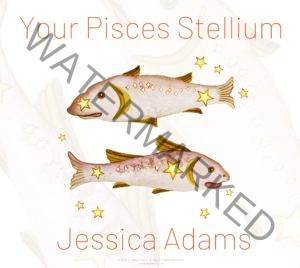 Do You Have a Pisces Stellium?

Do you have Pisces chart factors?