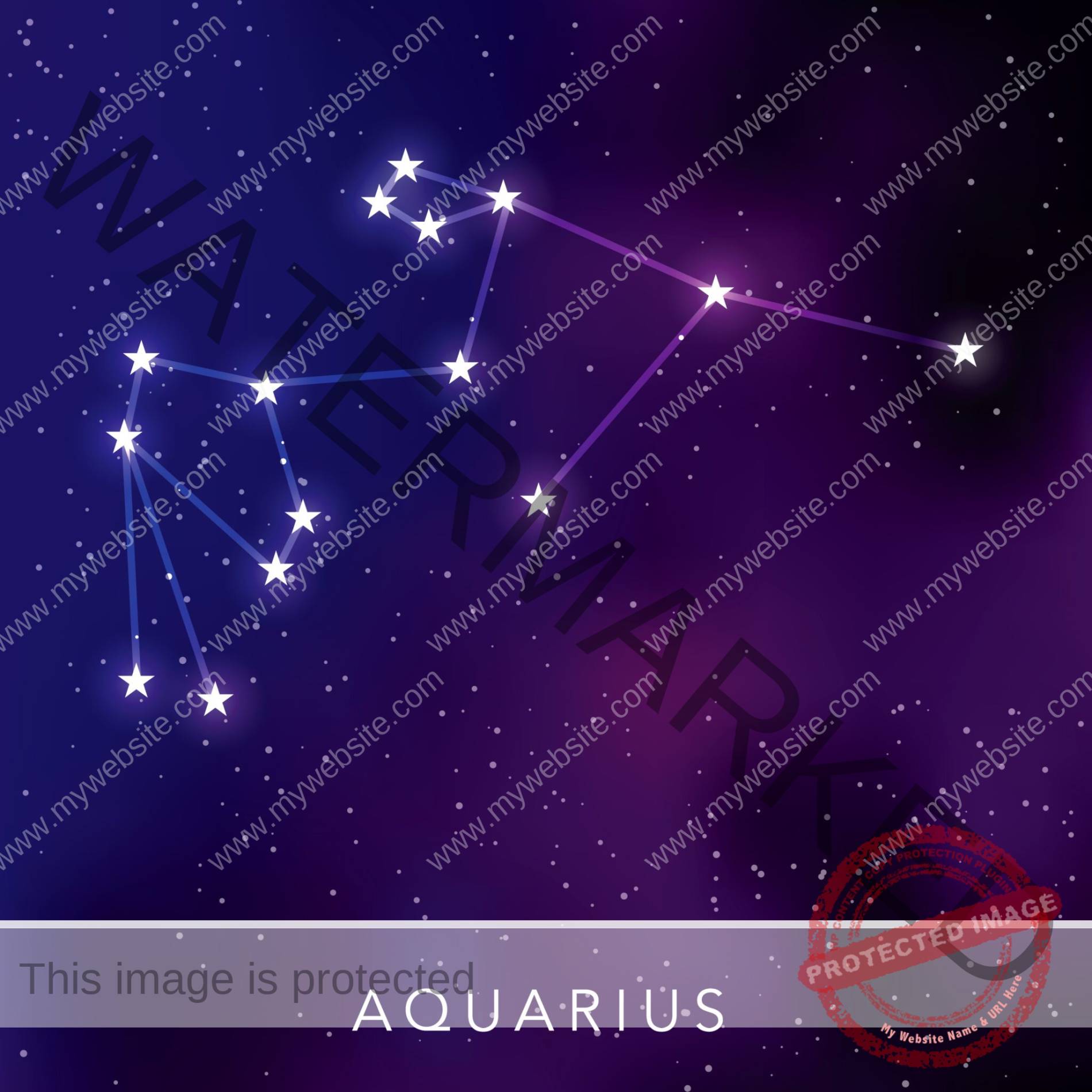 Saturn is shown, below, as the baby-eater of Roman myth. The other planets shown as gods and goddesses are alongside. Saturn has always been seen as a force against nature in astrology. This is true. Saturn blocks the life force. Saturn is a symbol of tests and trials – waiting for the life force to return. 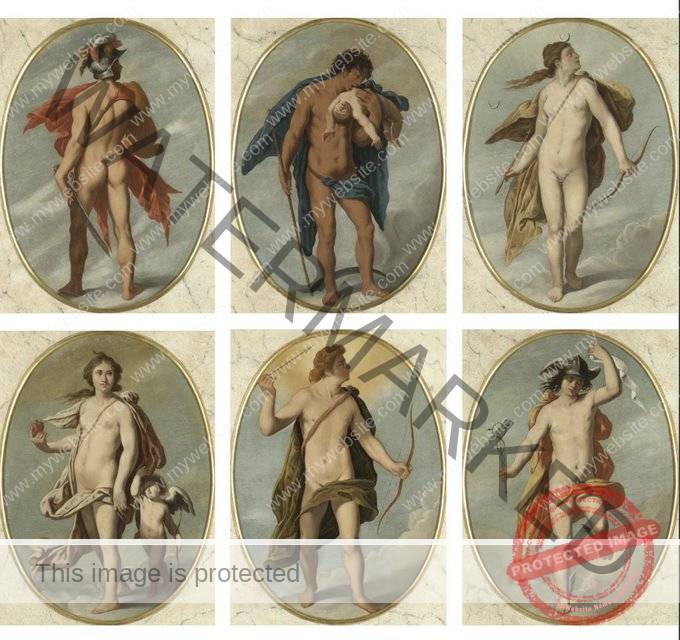 Life since December 18th 2020 has shown you how vulnerable you can be in a group, or among friends. It’s been the same for people in your circles. They have felt unprotected, too. The impact of the pandemic is a good example of this. Masks and vaccination may have been the issue for you, or them. Maybe – actual infection. Saturn Retrograde in Aquarius is real.

Cancellations, rules and regulations, or even a total lack of rules with some politicians, has increased the feeling of being wide open or exposed, and that is typical of Saturn. The need for barriers, boundaries, walls and protection has increased. Does this sound like you and your life? You are not alone. Just being in a classroom, if you are a child or Millennial, can be enough to trigger Saturn in Aquarius. After all, your generation was born with Uranus or Neptune in Aquarius. Chances are, Saturn has formed a rare conjunction already to part of your chart.

Because Jupiter (help, support, solutions) was also in Aquarius alongside Saturn, at least until May 14th 2021, you had initial backing from your horoscope. It wasn’t so irredeemable. Now, though, Jupiter has long since gone and Saturn Retrograde has begun – Saturday 4th June 2022. Saturn Retrograde in Aquarius does not just appear, then disappear.

Saturn on Rewind to March 2023

Expect a long rewind as he moves over old ground, raising the same, familiar, tests and trials with or for friends; with or for your groups. Yet from March 8th 2023 it’s over. Really over. For another three decades or so. Pluto enters Aquarius on Friday March 24th 2023 and very quickly, your obstacle course will be replaced by a powerful new challenge.

The question then will be – how influential do you want to be, with the group? How much power can you deal with, as a friend? Because it’s coming. Saturn Retrograde in Aquarius is about associations, charities, sports teams, political parties.

It might be your DC (Descendant) or your Moon. It might be Salacia or Mercury. Whatever you have at 18 through 25 degrees of Aquarius is now the story in your life, going backwards and forwards, from Saturday 4th June 2022 until the final day of Saturn’s stay, Tuesday March 7th, 2023.

Check your natal chart now. What Saturn is doing, is moving over these degrees of Aquarius, before retreating and repeating. You know how Mercury Retrograde times problems with transport, travel, the internet, media and computers. Saturn Retrograde typically produces stagnation, and a slowdown. In a moment I’ll look at how you deal with that.

Saturn is the Obstacle Course

As I check Comments now, I can see 14,196 of them lined up in the queue. I would guess many of them are about this difficult cycle. If you have factors in Aquarius then you are the person who supplies people with what they need. In Rome you were the water-bearer. Literally, an Aquarius. That was the name for the job. You fed the Roman Baths with water and kept the community afloat. Anyone with a stellium (four, five, six or more factors) in Aquarius in the Eleventh House is virtually a one-person supply, for many.

Whatever you have in Aquarius, you are apart from the group, and separate from the friends. You are distanced from the circle. Yet with you, those people do not thrive. They need you. On some level, you also need them. Aquarius is ruled by Uranus, the planet which the Romans linked to a god who produced all sorts of weird and wonderful beings. Aquarius is about the huge range of human beings we all are.

Over the last two years, I have had thousands of you tell me your Saturn in Aquarius stories, looking for solutions with issues about losing friends, struggling to find acceptance with diversity, trying to make the group work (when it won’t). One of the fastest ways to get a grip on Saturn in Aquarius, is to look at the last time he was here. Ask yourself (or ask others) what was going on from February 1991 until January 1994. There’s a lesson there about how to manage.

The standard astrological comment on Saturn, is to ask older people. Why do astrologers say that? Purely because anyone who went through their first Saturn Return in Aquarius in 1991-1994  (so they were born 1962, 1963 or 1964, most likely) can give you seasoned wisdom about what it’s like to be cut off from friends; to have trouble making friends; to deal with the realities of a group (club, team, society, association). The pandemic has a huge amount to do with this, for you, but it’s not the whole answer.

Your Saturn Return in Aquarius

If you were born 1991-1994, of course, the chances are high you have Saturn in Aquarius, and so you are experiencing your Saturn Return in that zodiac sign. This means you exit your twenties, and go into your thirties, with serious questions about who your friends are, and how to deal with groups of all kinds, no matter if they are online or real-world. You will have your next Saturn Return at around the age of 60, as you exit your fifties. It’s The Getting of Wisdom, to quote the book and Saturn tends to teach long, hard, heavy lessons as part of our karma.

Don’t get the retrograde wrong, either. A lot of amateur astrologers on Twitter (especially around your age group or far younger) are passing around misinformation about Saturn Retrograde.

Please use the dates above. On a practical level, if you launch anything new with friends or groups on Saturn Retrograde, it will go back and forth exactly as shown. So, for example, you might apply to volunteer for an animal organisation, hoping to make new friends, and have them ignore you. And ignore you again. For whatever reason. Or – you may find a school reunion with friends is shambolic and constantly rescheduled. Cancelled plans are often a sign Saturn is around.

I had one reader fall in love with another woman (married) in her political party. It was her first serious infatuation for another female. The political party was Conservative, capital C – and you can imagine the burden that posed.

Friendships Broken Because of Covid

I’ve handpicked more examples from you, to show:

*Friendships broken because one friend is a Covidiot and the other is trying not to get infected.
*A political party breaks apart with an inner tug-of-war between different factions, in extreme times.
*Millennials having to deal with weak politicians failing to protect them from guns at college get-togethers.
*The hurdles of taking COVID-19 tests, then masking, before big social events, like weddings or reunions.
*New friends who are serious, sombre or even depressed.

I am sure you have examples of your own. There is a purpose to this obstacle course with your social life, friends, making new friends and ‘people power’ organisations, though. This classic Saturn Retrograde in Aquarius obstacle course, is to teach you to slow down and get the full measure of who or what is involved. Why? Because in March 2023, Pluto enters Aquarius, also straight into the Eleventh House of your chart, and until January 19th, 2044. this will be part of your life.

Power is Coming With Pluto in Aquarius

All this training, test and trial time has a purpose. To get you to slow down and think harder about your social life, friendships and group, team, club or society commitments. Things change dramatically (for reasons we don’t yet know) from March 24th 2023. Saturn Retrograde in Aquarius will be going, going, gone. And a dramatically different era begins.

Power is coming then. Pluto always hands power to the sign it enters. Power will then go to the diverse group. The community. If you do have Aquarius factors, a completely different atmosphere enters your life, from that date.

Pluto always shows who and what seeks absolute control. Pluto, as a planet, was originally claimed by Constance Lowell as Percival (after her husband, who began the search for Pluto) and then Constance (herself). This was rejected in favour of Pluto, ironically, the Roman god who tried to dominate the world. It’s the largest known dwarf planet in the solar system. Pluto people and organisations want to be the biggest.

Pluto also became the name of Walt Disney’s canine companion for Mickey Mouse. Kerberus (Cerberus) was Pluto’s dog in mythology and is one of Pluto’s Moons. If you think about ‘dog eat dog’ and ‘top dog’ you get a sense of Pluto. In astronomy, so in astrology.

Pluto is one of the most contrastive bodies in the heavens, coloured black, dark orange and white. It has regions known as ‘The Heart’ and ‘Brass Knuckles.’ Pluto’s status was questioned, it was reclassified and excluded as a full planet. Again, this gives you the astrology, drawn from the astronomy. Everything is black and white with Pluto. Extreme contrasts come with the cycles. People put their hearts into what they want and need, on Pluto cycles. With a tight grip – solid knuckles.

Pluto is also about a change in the balance of power. People are reclassified, so are countries, or institutions. There is usually exclusion of someone or something: status change.

Perhaps this long lead-in to Pluto in Aquarius, with first Jupiter and Saturn, then Saturn Retrograde, is preparation time you’ll need. It’s been about 248 since we last saw Pluto in Aquarius.