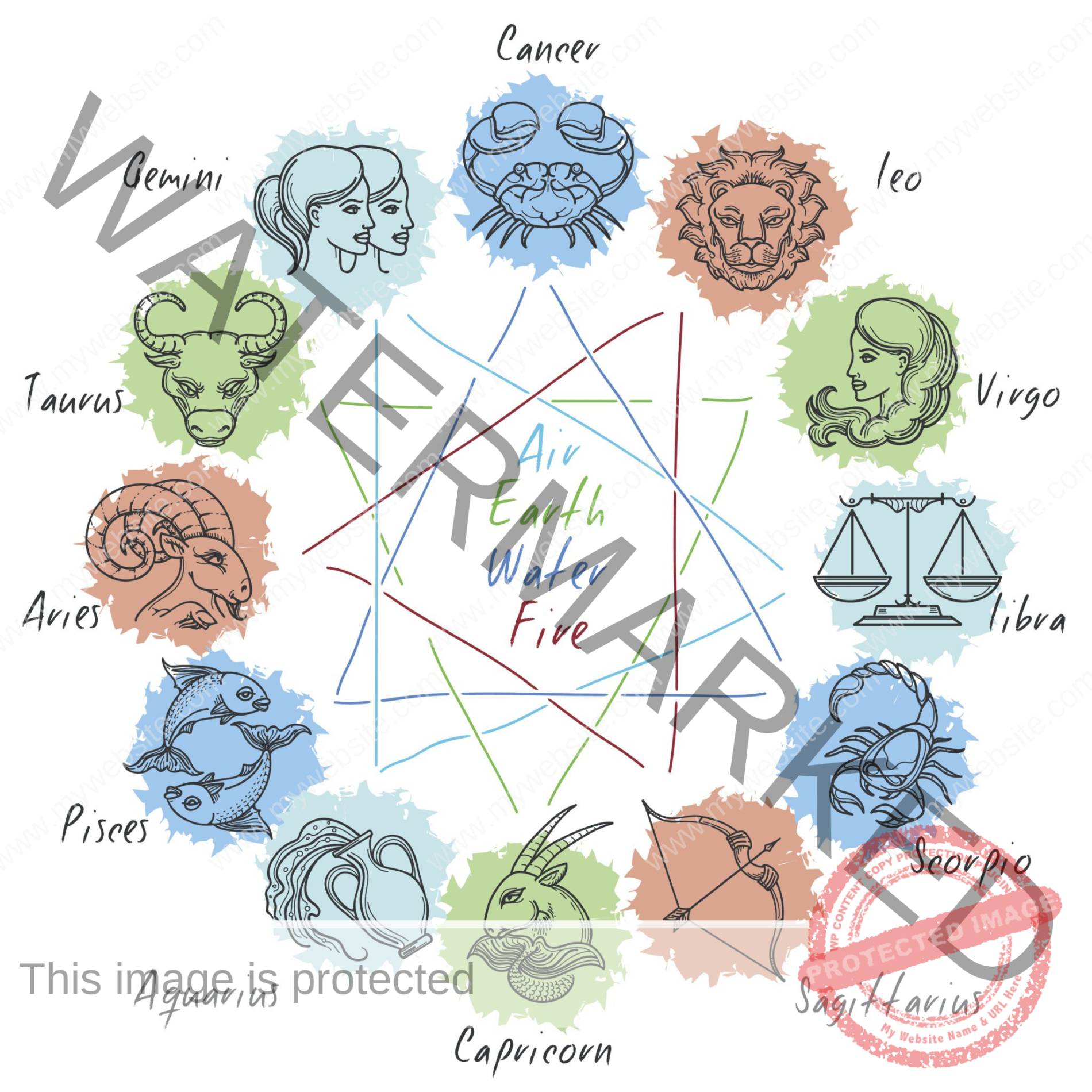 When a heavenly body appears to travel forwards through a zodiac sign, then run on the spot at the same degree (or stand still) before reversing, that’s a retrograde. Instead of moving smoothly, anti-clockwise, around the horoscope wheel, the planet goes clockwise. Back to front, in astrology terms.

A planet like Mercury can do that in a sign like Gemini, then actually reverse into the previous sign (Taurus) before also going backwards, standing still, and finally going back the way he came – all the way through Gemini again.

I see more confusion about retrogrades by amateur astrologers or students than anything else, but it’s really very simple. Start by downloading a PFD of this year’s free annual ephemeris from Alois Treindl and friends at Astro.com

This is actually The American Ephemeris for the 21st Century (photograph, below) which you could also buy. You can see the blank ink dots where I’ve hand-marked Mercury going backwards at 29 Taurus before crawling back to 28, 27, 26 – then crawling forwards through 26, 27, 28 ,29 degrees.

The Golden Rule of Retrogrades

The classic mistake beginners make is to assume that R means ‘the planet goes retrograde today’ and D means ‘the planet goes direct today.’ So the reversals, retractions, rehearsals begin on the R day and end on the D day. This applies to Mercury, Mars, Saturn, Neptune, Pluto and anything that appears to go backwards.

There are 0 to 29 degrees in any sign. Usually, heavenly bodies move in order, like this – 0, 1, 2, 3 and so on. When they reverse, so does the process indicated by the planet, in the area of life shown by the sign.

You begin counting the retrograde on the day a planet goes to the same degree and sign, where he will shortly stand still, get stuck, then repeat himself.

Some professionals use this to make money, or get out of a contract, or manipulate situations. I suspect Elon Musk is doing this although I have absolutely no proof. He began his Twitter purchase on Mercury Retrograde in Gemini, which rules the internet!

Not every retrograde (reversed, stuck process) is going to be difficult. Sometimes a retread or rethink is a good idea. It really depends on what you want to do. Using 2022 and 2023 as examples, we have Mars Retrograde from 8 to 25 degrees of Gemini, starting on Sunday 4th September 2022. He moves like this:

Mars might look like he’s moving normally, from Sunday 4th September 2022, as he runs through 8 t0 15 degrees of Gemini, but on October 30th, something happens. He turns R for retrograde and starts running backwards, from 25 to 8 Gemini, until he stands still (D for direct) on January 12th 2023.

So don’t be fooled. R and D are just points in the loop, not the loop.

What’s Retrograde and How to Interpret It

If you visualise the planets as people walking backwards, it helps. Mars is the Roman god of war. He’s an action man. The sign tells you where he runs. The area of life. In Gemini, that’s the internet.

It’s also short journeys and commuting. So, for example, Tesla electric cars. Watch Elon Musk on Mars Retrograde in Gemini. Watch Twitter and Tesla. That’s how you predict the future.

Pluto Retrograde is a good one to track. Pluto is about a change in the balance of power. He’s retrograde in Capricorn, the sign ruling Prime Ministers, Presidents and Premiers.

In June 2022 he’s retrograde at 28, 27 Capricorn, going backwards. So does a process of political transformation. As I publish this in June 2022, British PM Boris Johnson attracted almost half of his party to a vote of No Confidence in him.

Everyone’s talking about when Boris will go. Astrology can tell you. He’s not going to go when Pluto is retrograde or appearing to go backwards at 28, 27 degrees.

Pluto then lurches back to 26 Capricorn in August, September before going D for Direct on Saturday 8th October 2022. That date will be important in the Boris Johnson story.

Watch the British newspapers that weekend. Pluto then moves forwards to 26, 27, 28, 29 until he leaves Capricorn and moves into Aquarius on Friday 24th March 2023.

Another key date in the Johnson saga but other politicians, like Donald Trump may feature too.

Which Planet is Retrograde and What Does It Mean?

If you are a Premium Member the ‘what’ and ‘where’ of your retrograde question can be answered in most of the flipbooks that come with your library on this website. An ephemeris is the best way of seeing retrogrades at a glance because you can eyeball the page. You can also organise your software to do this if you have it.

Dates appear and your hopes are raised, before they disappear again.
Job interviews lead you on then come to nothing.
A mortgage application goes belly-up and costs you money.
People go back on their word.
Big events are a shambles.

The retrogrades are not negative by nature, they just show backward traction. A final result on Mercury Retrograde is seldom final. You have to wait for the loop. 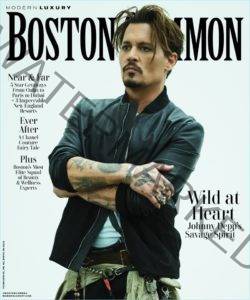 Astrology doesn’t have to be complicated. Johnny Depp is a Sun Gemini. When the verdict was handed down in his battle with Amber Heard, it took place on Mercury Retrograde in Gemini in his solar First House of reputation and image.

Johnny Depp’s Savage Spirit, ran one magazine headline. That’s Mars. If you were Depp’s astrologer, you would advise him to settle up once and for all with Heard after Mercury is out of retrograde on 19th June.

You’d then avoid him to run like the wind at the first sign of any other stoush involving his good name – either with her or anyone else – during that long Mars Retrograde in Gemini. Unless, of course, you have a client who enjoys long and drawn-out feuds, for whatever reason!

Create a process that embraces the loop. If you have Jupiter (opportunity, growth, expansion, solutions) retrograde in Aries and you want to launch your own website and Tik-Tok account, with your personal named brand, you would work around Jupiter going backwards and forwards in Aries, which rules self-promotion.

If you want to make or save money then you will embrace Jupiter in Taurus, from May 17th 2023, as he moves swiftly through 0 to 15 degrees of the sign, in your Second House of personal income.

He then turns R for retrograde on September 4th 2023, which won’t bother you, as you have factored in a reversal and rehearsal. Think of Jupiter as a big balloon ride, carried backwards by air currents.

You’ll anticipate a process with backward traction from September 4th 2023 (he’ll repeat his steps and go over old ground, and so will your plan) before turning D for direct at 5 Taurus on Sunday 31st December 2023.That’s New Year’s Eve so you can bet a lot of financial types are using that as a deadline for something.

Jupiter then goes forwards – 5, 6, 7, 8, 9 Taurus and so on – passing the crucial 15 degree point and completing his loop on March 21st to 25th, 2024.  After that the pinball machine game is over and Jupiter is just being Jupiter. Moving forward, with no backward look over his shoulder, throwing financial solutions and opportunities around like confetti, as he goes from 15 to 29 Taurus, finishing the entire cycle on May 25th 2024.

The Bottom Line on Retrogrades

Don’t mess with them unless you know what you are doing. If you are consulting an astrologer, make sure she works with what is known as the shadow period. Some people call it the Retroshadow. You might also hear the word retroshade.

You can set your watch by retrogrades. On that day, when a planet is on the turn, you will see Twitter erupt with cancellations, rescheduling, reversals, stoppages and so on. A really dramatic retrograde to watch, in terms of politicians, is Pluto’s retrograde from 0 Aquarius back to 29 Capricorn which takes place on Monday 12th June 2023. Saturn turns retrograde in Pisces on Saturday 17th June, a week later, so that month is a significant reversal for a great many people.