A Full Moon is always a full stop. Your story is paused. We have one on the 11th of August 2022 at 9.35pm in New York, with the Sun at 19 Leo opposite the Moon at 19 Aquarius. This is just one degree away from a T-Square with Uranus at 18 Taurus.

In astrology, T stands for tension. So this is a tense pause. If you are a Premium Member you’ll see your chart here now. If you have factors at 18, 19 degrees of Taurus, Leo, Aquarius, Scorpio give yourself more time and space on August 11th . If you live in Australia then it’s August 12th.

In a moment I will look at how the 12 Sun Signs are affected. I’ll also examine how a prediction I made about Donald Trump over one year ago (date-stamped to August 12th) is coming true, as the FBI raid his property. The Full Moon August 2022 has been a long time coming.

Your Time Zone and the August 2022 Full Moon

The Full Moon in Aquarius is set for 11.35am on Friday, August 12th, 2022, in Sydney and 9.35pm in New York the previous day, Thursday, August 11th. Maybe you are in a European or New Zealand time zone. For exact timing,  so you can see when the full stop is likely to pause you – use the website Time and Date.

The Sun Signs and the Full Moon in Aquarius

It’s really important to remember that Saturn (hard work) has been in Aquarius since Christmas 2020. So this Full Moon in August 2022 (the full stop) ends a chapter, in relation to that part of your chart. And your life.

For Aries it’s about friends and groups. For Taurus it’s about unpaid work, work and academia. For Gemini it’s about foreigners and foreign countries. For Cancer it’s about finance or property. For Leo it’s about duets or duels. For Virgo it’s about workload and wellbeing. For Libra, it’s about heirs and pretenders to the throne – and courtship.

For Scorpio it’s about household, family, house or apartment. Home town and homeland, too. For Sagittarius it’s about siblings and cousins, short journeys and the internet. For Capricorn it’s about finance or property. For Aquarius it’s about image or reputation. For Pisces it’s about religion, spirituality, psychic life or psychology. 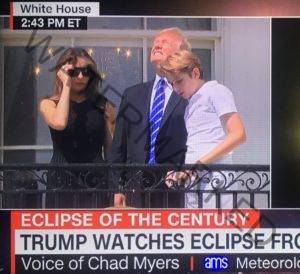 As I said, I published an astrology prediction about Donald Trump, Ghislaine Maxwell, Jeffrey Epstein and the ongoing drama, over a year ago. I forecast that this Full Moon (on my time zone, Friday, August 12th) would be important in the Trump saga.

This goes on longer than the Full Moon. It runs until September 29th, 2022. Yet, it is Friday the 12th of August (Thursday the 11th of August in America) which will bring in what I called “a huge crossroads in the jigsaw puzzle that is the British royal family; the Trumps; the Clintons; Ghislaine Maxwell and Jeffrey Epstein, because it triggers an old eclipse.” There is an extract of that prediction below, which was headed Will the Truth Ever Come Out?

Everyone is talking about the FBI raid and the purpose. As an astrologer, I know it will be a Leo matter. So it’s going to be about the Trump children (the heirs and pretenders to the throne) but also his courtships, to put it politely. His sex life. This photo shoot/media coverage of Donald Trump staring at the eclipse without glasses was widely shared on Twitter, which is my favourite space for real-time astrology. The Full Moon of August 2022 is certainly under discussion there on my account. 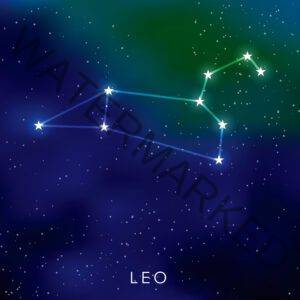 Closer to home, this will be about your association, society, club, team, charity, trade union, rock band, book group, Twitter account or similar (Aquarius rules the circle of people) versus the president, leader, head and so on. Classic Leo-Aquarius.

Another way to think about this is King Arthur and the Knights of the Round Table. King Arthur (whomever that is) will be going one way, and the knights – the other way.

Leo has always ruled the royal family. So these patterns trigger Prince Andrew. Her Majesty the Queen. The Special Relationship between the United Kingdom and the United States.

In your own life, the Leo-Aquarius polarity may be obvious if you have factors in both signs. So, there may be questions about the group versus the leader of that group. The King or Queen and the courtiers. It will all become very much easier once the Full Moon has passed, but sometimes delaying tactics are smart. If someone wants to force a decision on Thursday, Friday, suggest Monday. Can it wait?

Always skip a Full Moon for dramatic decisions or action plans if you can. I mentioned it’s a full stop. It’s also when things come full circle. Sometimes you cannot avoid being forced to go ahead. I’m sure you know that D-Day happened on a Full Moon, because the allies had no choice.

If you can select any time at all to go ahead with major choices, though, you may prefer to skip the 9th, 10th of August 2022. This is even more so, if your personal chart shows placements at 19 Leo, Aquarius, Taurus and/or Scorpio.

I allow one degree’s difference (or orb) so you could allow for an 18 or 20 degree placement and the astrology would kick in. These are fixed signs. So, what is fixed in your life may be challenged. This is ‘the challenge to change’.

Taurus is your income. Your possessions, your house or apartment, your values, your charity, your income and bank account. Scorpio is joint finance, property, assets and possessions. So – a mortgage and marriage. A separation or divorce and the division of the house or apartment. It can be your legacy, that names other people, and any will which also names you.

What a Full Moon in Aquarius Means 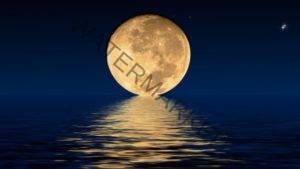 In the fullness of time, what goes around comes around. If you have your fill of a situation, you may act now. Feeling full of emotion is typical. Being filled in, on the truth of a situation, is also a Full Moon outcome. If your heart is full, this may reflect the Full Moon. I hope you can see why it’s a full stop, not a new beginning.

If you are curious about the many years I have been predicting the Leo cycles of eclipses and lunations for Donald Trump, just go to Search. The very first cover-ups involving him, Bill Clinton and the Royal Family were obvious in astrology 6 years ago.

This Aquarius Full Moon, right opposite the Sun in Leo, will show us the extent of the cover-ups. Unfortunately there are some things we are never going to know. 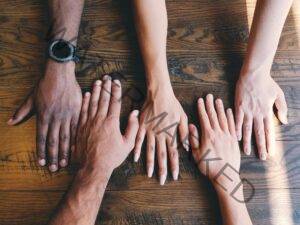 Pluto in Aquarius – the Next Five Years