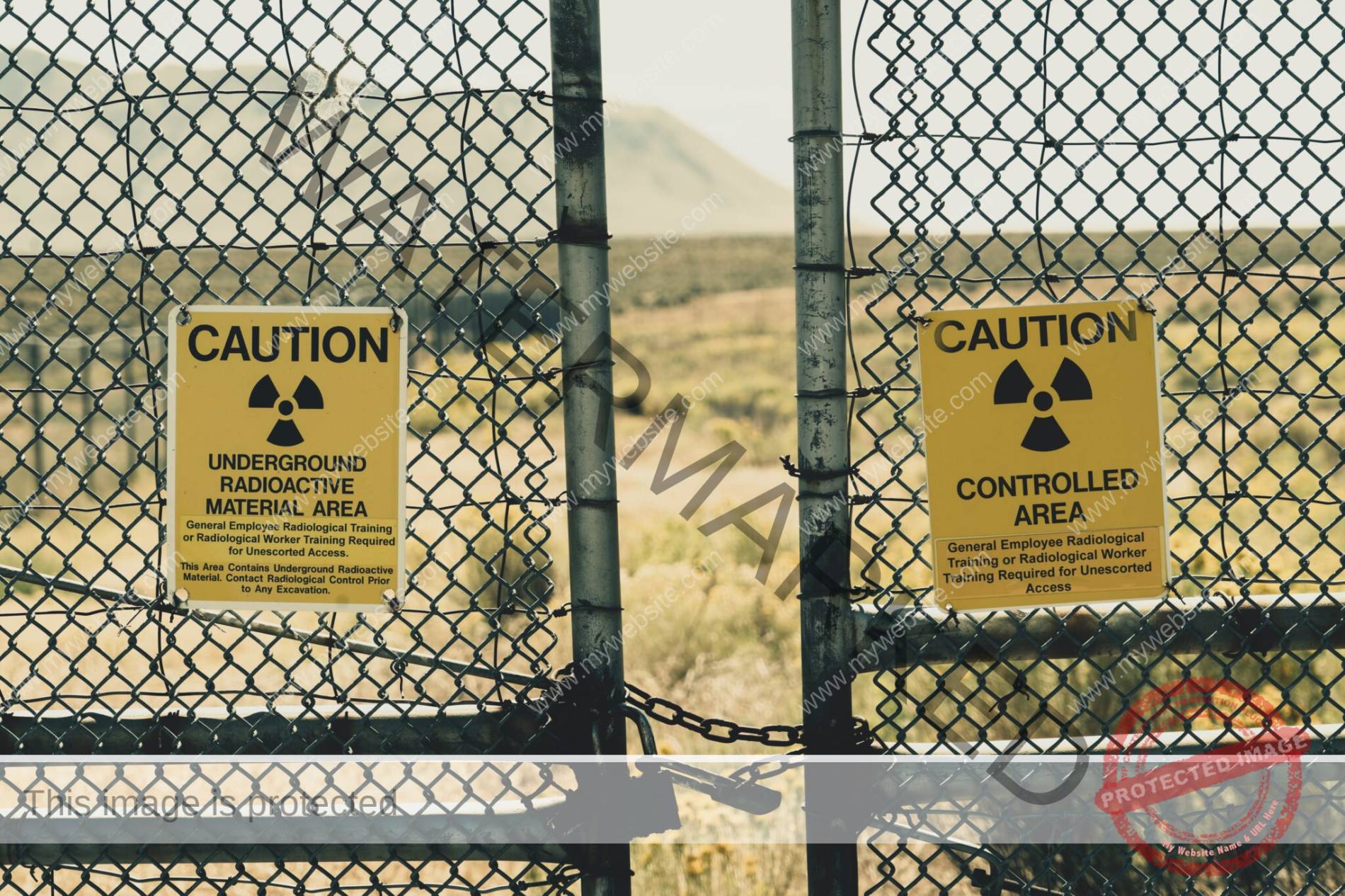 What Astrology Reveals About Nuclear Power

I’ve had quite a few questions from readers in Ukraine and her neighbouring countries about the risk of Vladimir Putin launching a nuclear attack.

President Joe Biden has warned that the world is in the most danger it’s been since the Cuban Missile Crisis of 16th-29th October 1962.

This excellent Vox clip on the Cuban Missile Crisis has had several million views.

Using this astrology chart and the charts for Hiroshima and Nagasaki we can identify common factors for nuclear danger and – what should stay unthinkable – attack.

The Cuban Missile Crisis chart is below, showing the beginning of the United States and Russia clash, when America deployed missiles in Italy and Turkey – and Russia did the same in Cuba.

In 1930 Pluto was discovered, in the same year that scientists began taking the road to nuclear bombs with early experiments. From 1939 the race would be on between Germany and America for an Armageddon weapon.

There are 34 chart factors in modern astrology (this software is from AstroGold) and yet, just one stands out for nuclear questions. Pluto. In mythology he ruled the afterlife.

When the crisis began in 1962 Pluto was at 11 Virgo exactly quincunx Proserpina at 11 Aquarius. In a moment I will look at the common factors here with Hiroshima and Nagasaki.

The zodiac sign Aquarius, which rules large groups of allies – or firm friendships between nations – and also Pluto himself.

All the charts on this page including the United Nations and Hiroshima, show a hotspot at 11 Aquarius. We reach a critical bridge to cross with the U.N. between Monday 26th December 2022 and Saturday 7th January.

Between those dates the North Node at 11 Taurus and South Node at 11 Scorpio will create a Grand Cross with Pluto at 11 Leo in the United Nations chart, but also bring back the past: memories of what happened, and what must happen next to prevent another threat.

December 26th 2022 to January 7th January 2022 is critical for the United Nations and brings back recall of the Cuban Missile Crisis, Nagasaki, Trinity and Hiroshima.

Vladimir Putin is a plutocrat and like all plutocrats he loses his power when Pluto leaves Capricorn in March 2023. He can only ever slide backwards, in importance or relevance.

We are heading for Pluto in Aquarius as I write this, beginning in March 2023, and he will eventually pass over 11 Aquarius, where the world must deal with the realities of NATO and the United Nations. From that month forward, the issue is not one man, it is groups of allies.

It takes us some years to arrive there, but March 2023 is the beginning of the reality check about nuclear allies and how the entire system of global friendships, works – or does not work.

The whole point of astrology is prevention; Pluto’s slow passage over the positions of Diana, Saturn, the South Node, Proserpina and Aesculapius in Aquarius, starting with a bump in March next year (I am writing this in October 2022) has to be tracked, remembering the Cuban Missile Crisis of 1962 and what the world learned about the U.N.

Pluto himself was found with Mars, Mercury and the Sun in Aquarius, on 18th February 1939 at 4.00pm in Flagstaff, Arizona.

From the very beginning the message was clear. People power across all people transforms the world. However, power invested in two, three, four or more groups can be devastating, if those groups are at odds. In a moment I’ll look at the United Nations chart and why it’s the issue. 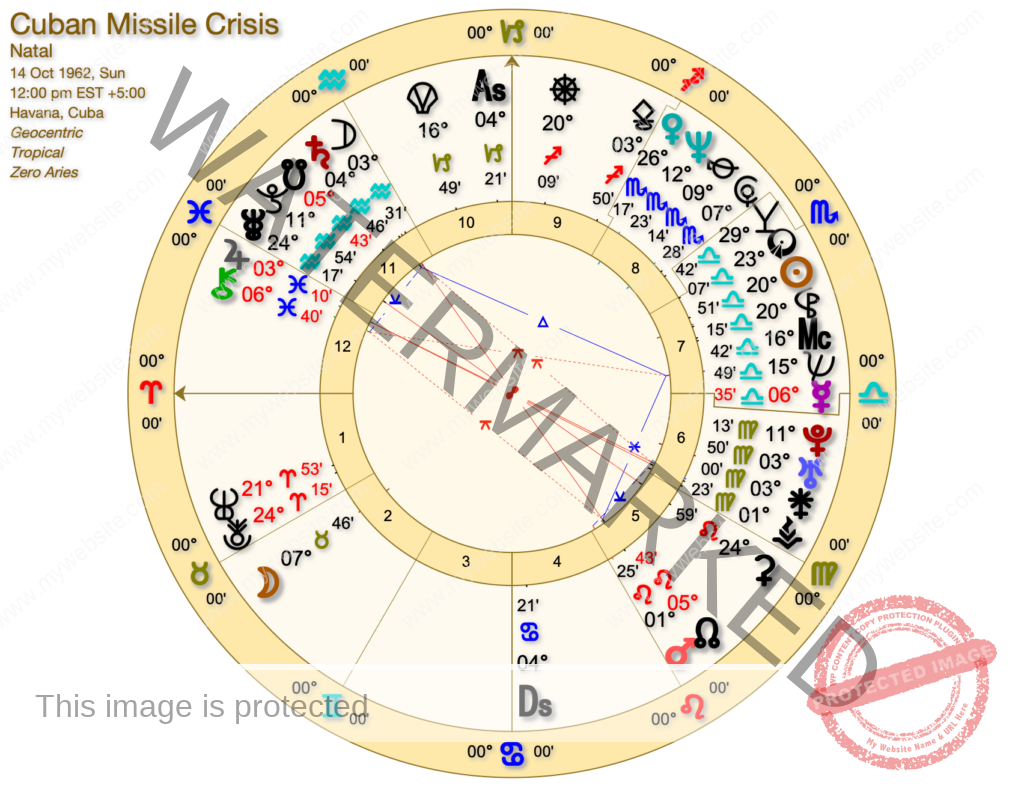 Pluto is the problem in the charts for Hiroshima and Nagasaki.

In the Hiroshima chart, Pluto is at 9 Leo in an exact conjunction with Panacea at 9 Leo. Nagasaki shows the same conjunction, days later, one degree on. Pluto and Panacea in a conjunction at 10 Leo. Panacea is just what you might expect. A symbol of a remedy, cure or fix – that is not.

The common thread with all three charts is Pluto making exact aspects – and difficult aspects involving Aquarius – to the United Nations’ own Pluto at 11 Leo. 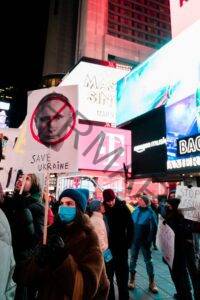 It’s been said in the past that the glyph for Pluto looks like a mushroom cloud. In fact, it’s one way students remember him.

These Pluto transits don’t mean we have to  see a nuclear attack. It means – it’s time to reform the United Nations.

Eventually transiting Pluto at 11 Aquarius will oppose the United Nations’ Pluto at 11 Leo. So the rest of the Twenties and Thirties suggest a reformed or replaced organisation.

The U.N. was set up with Russia after the war. Russia is now an aggressor. I think that says it all about how it operates. (Image: Jose Pablo Dominguez/Unsplash).

Pluto and the United Nations

The massive challenge of Pluto in Aquarius – not experienced in our lifetime – is to reshape the United Nations. The arrival of Pluto in the sign of universal brotherhood and sisterhood is also an opportunity, to do just that.

What happens in March 2023 will open the gate to the new nuclear reality and the urgent need to transform the United Nations. That’s the astrology.

It just so happens that we have a generation of young adults born with Uranus and Neptune in Aquarius, who are here to do just that. When Pluto slowly triggers their charts, over many years from 2023 – their belief in pooling resources and sharing the space – not nuclear one upmanship – rises. 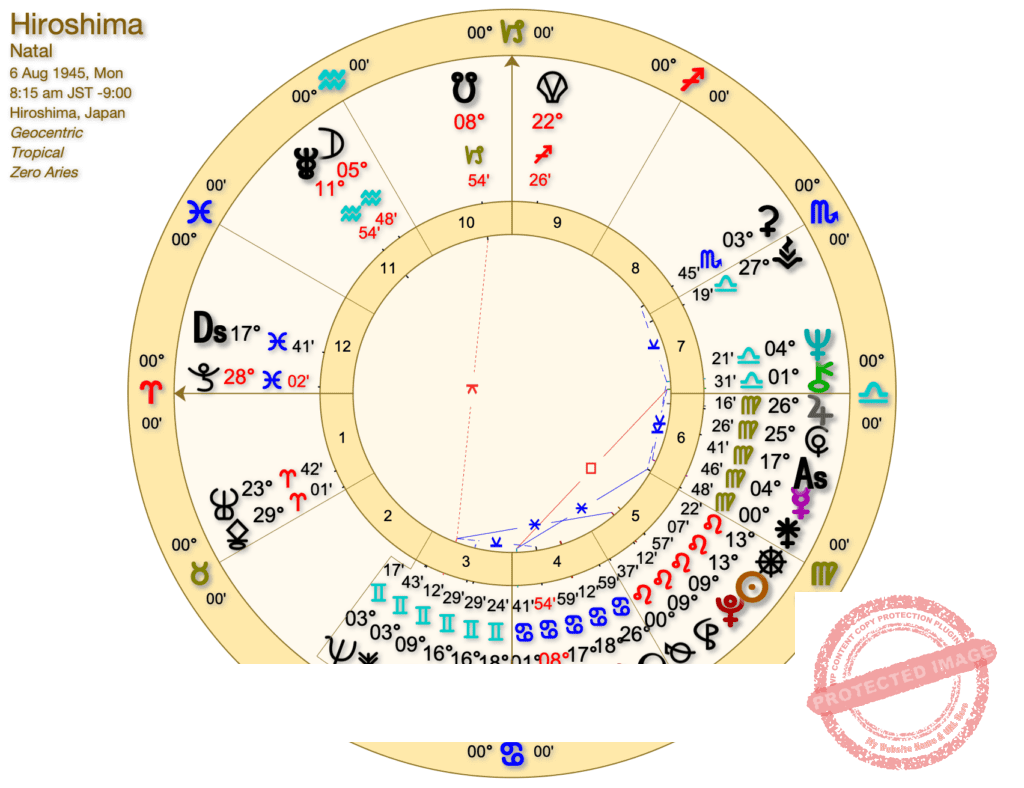 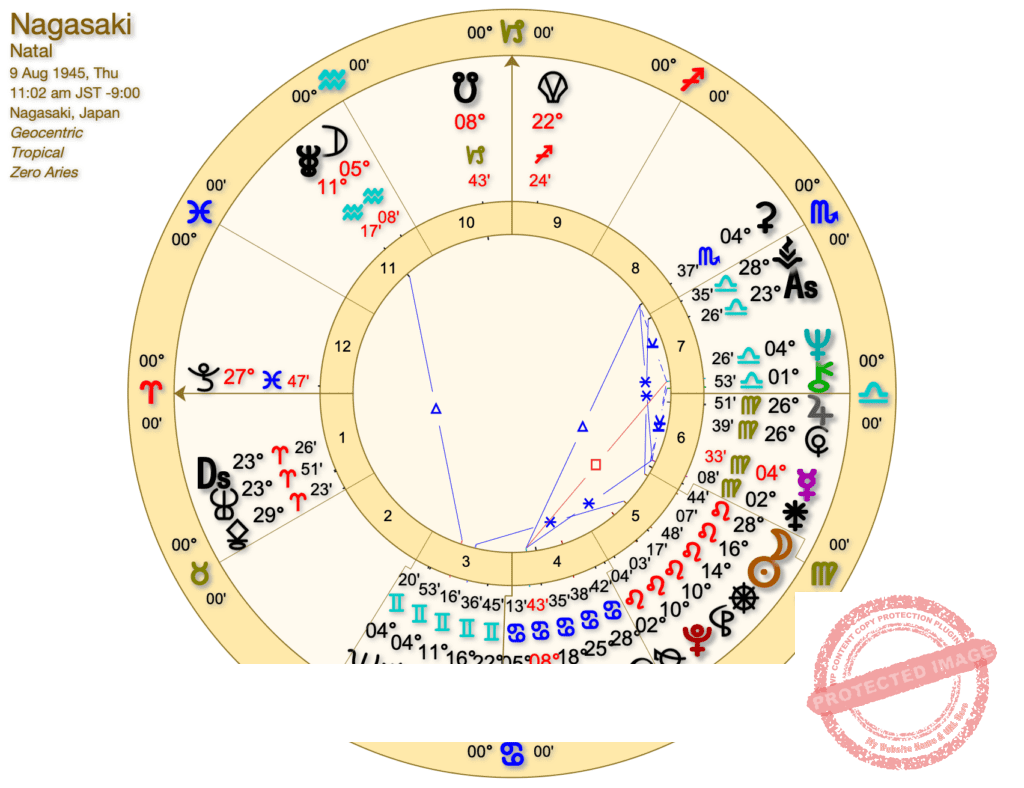 Why Pluto is Nuclear Level Power

Looking at two other crucial charts, we find Pluto showing his hand again. The chart for Chernobyl and also for the Trinity Nuclear Weapon detonation, are below. Chernobyl shows Pluto at 5 Scorpio. He is exactly sextile Neptune at 5 Capricorn.

The Sun is tied into the pattern at 5 Taurus. It took Pluto 248+ years to come around to this position, 5 Scorpio. Neptune also takes a long time to arrive at 5 Capricorn. The Sun moves much faster, but timed the crisis.

It takes Pluto 248+ years as we know, to land at 9 Leo. It takes the lunar nodes around 19 years to end up at 9 Capricorn. Another historic couple of quite rare charts.

We’re not going to get through Pluto in Aquarius without historic reminders of Chernobyl (when he moves to 20, 21 Aquarius) and Trinity (at 10, 15 Aquarius).

Similarly, thinking about the charts above, Pluto will trigger Aquarius at 3, 4, 5, 11, 24 in the case of the Cuban Missile Crisis chart – and 5, 11 Aquarius in the charts for Hiroshima and Nagasaki. Reminders are useful because they trigger reform.

Of all these charts, the spot around 10-11 degrees of Aquarius turns up most.

Pluto’s spot there is years into the future as I write this on a perfectly calm, sunny day in Tasmania on 17th October 2022. Yet, what we seem to be looking at here, is the most relentless, intense, pressured situation – for tomorrow’s new voters and politicians – who all carry an Aquarius chart signature and who will be required to step up to the challenge of making the United Nations truly international and united. Against nuclear risk.

The key to Aquarian tolerance is – resources. There have to be enough to go around. There has to be plenty of room to move.

That is rather a different future world that we’re looking at, then – but the other transit here, Uranus in Taurus (the world economic revolution) may well move that along. The stakes are sky high.

Given the threat of nuclear risk as Pluto goes back over these old positions in astrology, Aquarius stellium people become crucial. Born with four, five, six or more factors in Aquarius, they can supply the United Nations with what it needs. Supporters. Reformers.

It’s the same if you have an important Aquarius chart signature – maybe your Midheaven or MC is there.

If all this takes us back to President Ronald Reagan and 1981, that’s because he arrived on 20th January 1981 at 11.57am in Washington D.C. with the Sun, Mercury and Mars in Aquarius. He was a Sun Aquarian man.

Friendships between allies are terrific – the Aquarian ideal – unless you end up with nuclear threats as a team sport.

If you have an Aquarius stellium, even on the level of Twitter politics, you are required to play your part in reshaping the U.N. Let’s see how this plays out from March 2023, a momentous month, when plutocrats lose their power, then from June, begin their backwards slide. 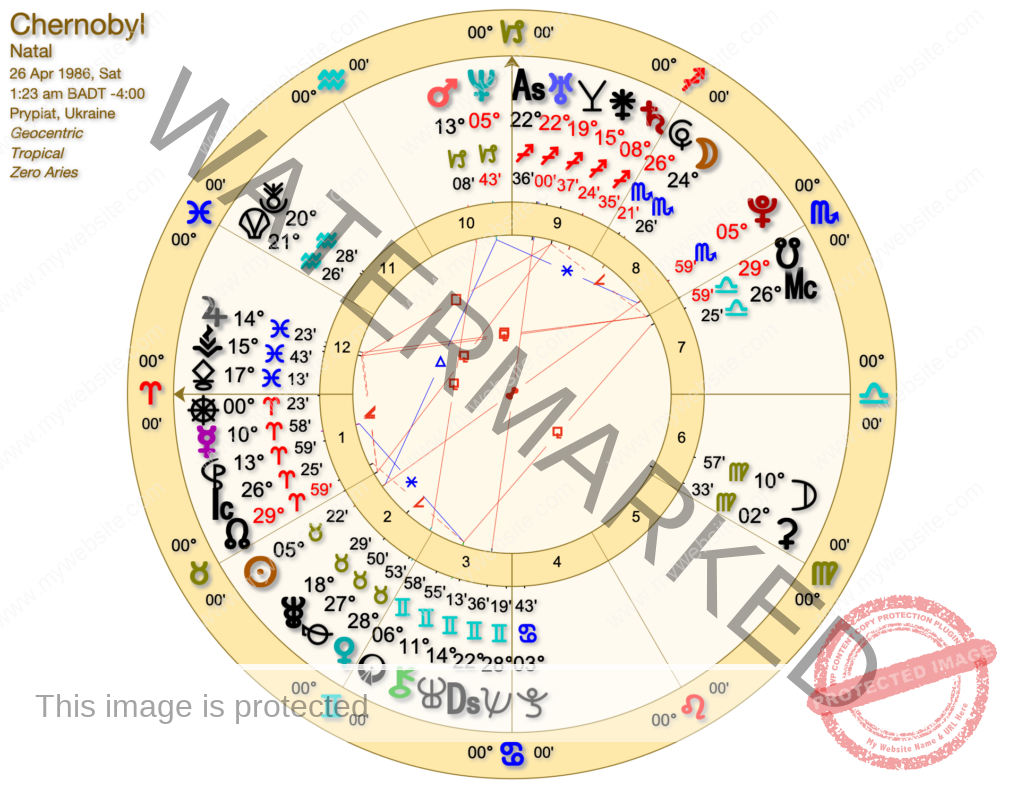 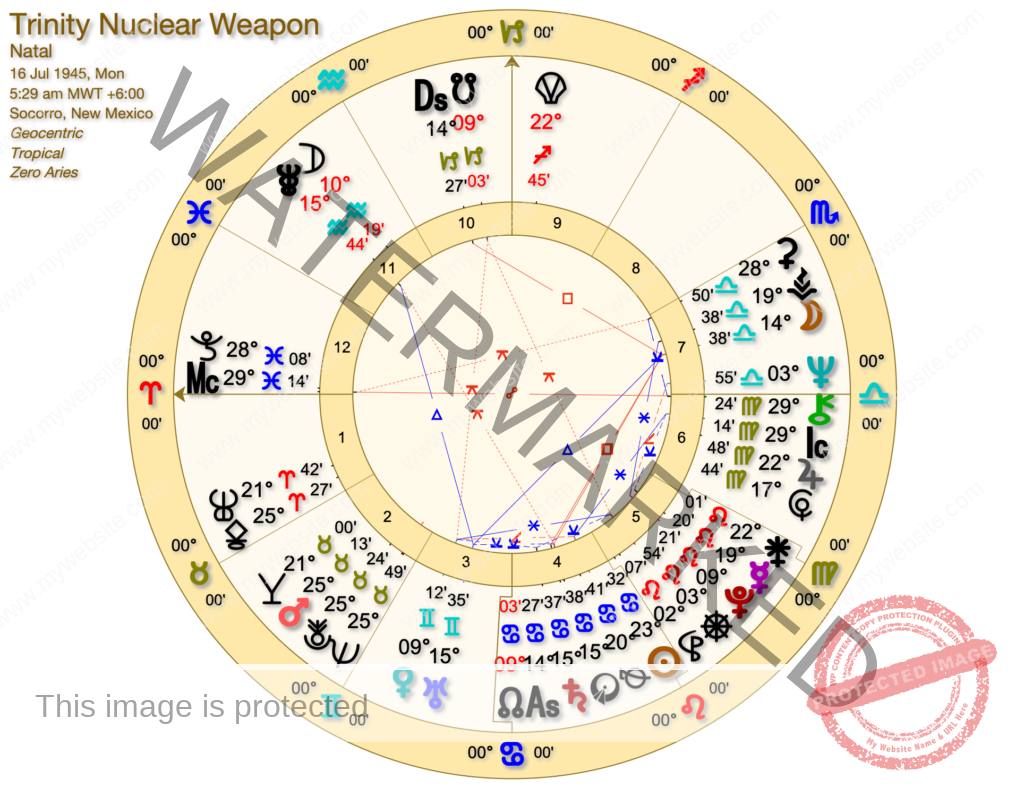 The United Nations Reborn for the Twenties?

The United Nations arrived on 24th October 1945 at 4.45pm in Washington. She was born as the result of a conference between Russia, America and Britain as the last war ended. Super powers, using the power of their ‘kings’ or Leo-style leaders.

There are some huge problems with this chart, given that U.N. is supposed to be a global community of equal partners.

The stellium in Libra is about partnership, but it is also about war.

Libra rules enemies and battles as much as duets. Pluto is at 11 Leo in the United Nations chart.

Look at the chart for the Cuban Missile Crisis again. That’s an exact match, even though the U.N. and Cuba were some twenty years apart in time.

One reason I use modern astrology is that it shows you the truth the other charts miss. Every chart on this page chimes at 10 or 11 degrees of Aquarius if it is about nuclear aggression. And here we have the UN with her Pluto in exact opposition to it.

The 2nd February 2025 brings an historic transformation at the United Nations.

A change in the balance of power, so staff, or membership nations. Leadership. Transiting Pluto will go to 2 Aquarius in conjunction with Diana at 2 Aquarius. Mercury will be at 8 Aquarius in conjunction with Hygiea at 8 Aquarius. Jupiter will be at 11 Gemini sextile Pluto at 11 Leo in the chart. That’s a welcome rebirth and a new U.N. chart may even result.