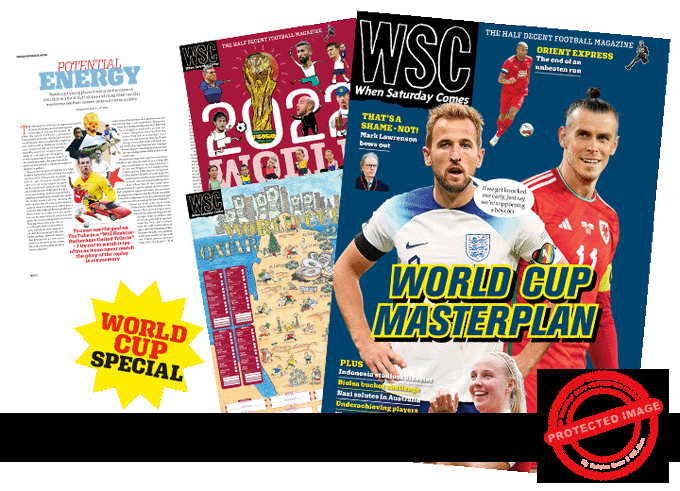 The Astrology of World Cup 2022

The World Cup 2022 and Astrology

This horoscope for the FIFA World Cup 2022 final shows a religious nation winning the cup. Why? Jupiter (the biggest and best) is in Pisces, the sign which rules all beliefs from Islam to Christianity. Jupiter is at 29 Pisces in the Twelfth House of spirituality at 6.00pm on 18th December in Doha, exactly square Hygiea at 29 Sagittarius in the house of foreigners and foreign countries. There’s some slight tension there about whose deity is actually in charge of the result.

I’ve been turning to my favourite football account on Twitter, When Saturday Comes, to find out what’s going on. It’s the best football magazine in the world.  And on another note, the Tarot. You can see the card at the end of this feature. World Cup astrology is useful because it shows how Pamela Colman Smith and Arthur E. Waite’s Tarot cards fall into place with the chart itself.

Kick Off With a Cancer Ascendant

Kick-off also shows us a Cancer Ascendant. The winners will make their mothers proud. In fact, the winning team may be youngsters. Germany’s teen prodigy Youssoufa Moukoko will be the youngest player at the Qatar World Cup. The Borussia Dortmund attacker will turn 18 on November 20, the day the World Cup kicks off. So does Germany win?

We have to look at Ghana with the youngest squad of all, aged just 24.7 years. It is also possible that we see a final dominated by a younger generation – a generation of players who have been carefully schooled by their coach. 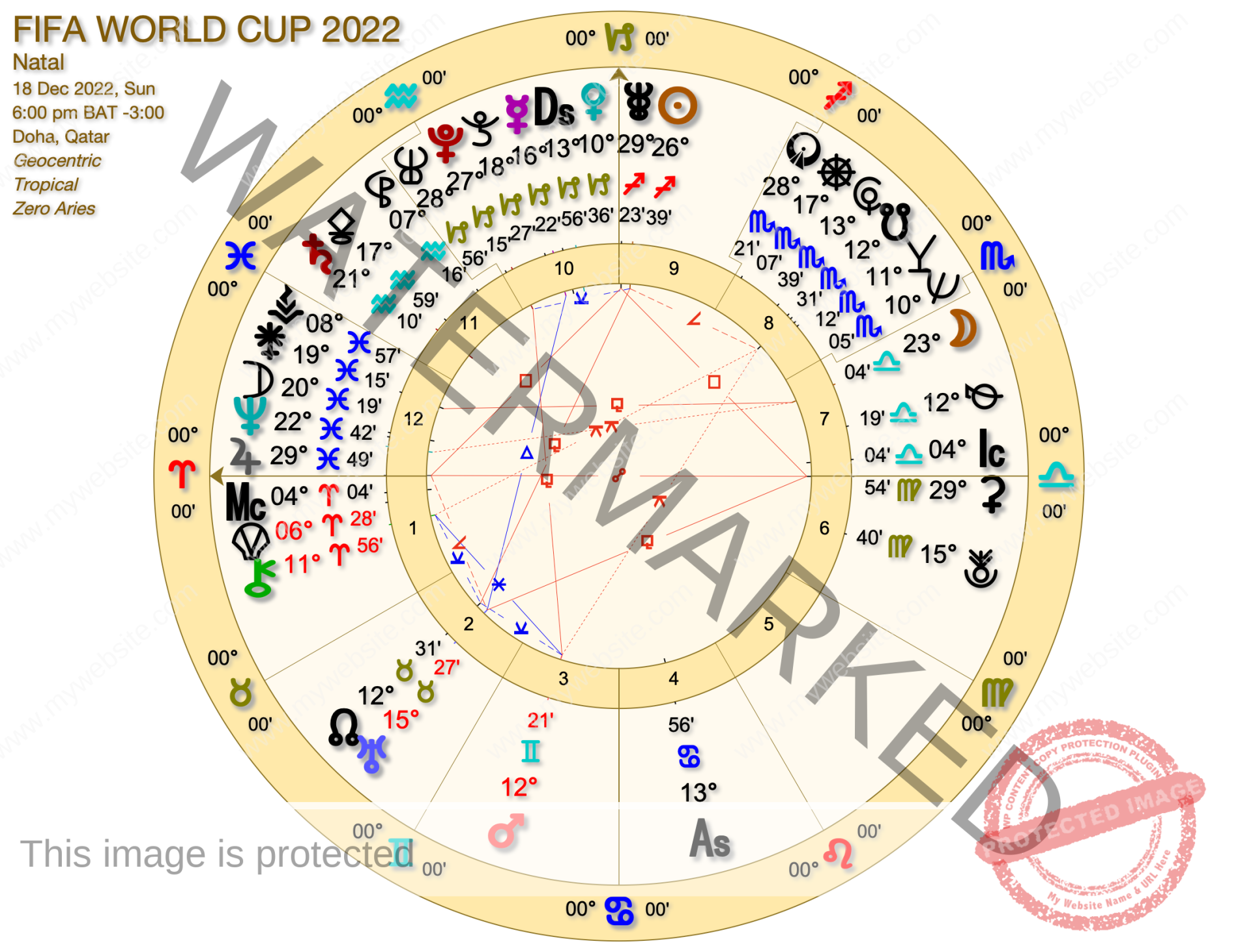 The World Cup 2022 Astrology and a Libra Moon

We also need to clock the Libra Moon as the cup is handed over. This is about a partnership, duet or double act and it’s male-female. I do wonder if the cup isn’t symbolically handed to a female leader, or perhaps this ‘young giant’ captain will make a huge gesture towards women. Libra is the sign of equality and ‘the two of us’ as you probably know.

This is also about good times, good feelings, a champagne victory and some seriously good vino as well. Bacchus is at 11 Scorpio in conjunction with the South Node at 12 Scorpio. This win will be very good for business. The country in question seems to run on both football triumphs and alcohol. Are we getting closer? World Cup astrology is an interesting thing.

The Capricorn suggests an ambitious team and country. This is also a solid, structured nation which has built up its success over time. Unusually for football, there is also a spiritual, entrancing, other-worldly feeling about the final. Perhaps it’s the music or the mood, but it seems to float in its own special space.

What Does the Tarot Say About the 2022 World Cup?

What can you see in this Tarot card? It is tempting to go for a team with a blue and red strip, which may be England, for example. You can see the astrological chart reflected in the card. This is a country with some serious property (in the background) but the foreground is occupied by the world cup itself being cherished by a child.

We could say he’s a teenager, perhaps, or just very young – in the team. The girl is important too. This is the Libra Moon. Females are upfront. The World Cup astrology and Tarot are echoing each other. There is something very sweet about it.

So Is This Brazil? Germany?

Brazil have won the World Cup five times, and they are the only team to have played in every tournament.

If we take The Six of Cups literally, then this is the Sixth World Cup for this country. What do you think? Let’s look at the card again, though. Germany with four titles (and four final losses) is also showing up. There are four cups – four World Cups – at the bottom of the card. The fifth cup is in the captain’s hands, you could say.

And, as Capricorn ambition is right through the chart, perhaps our Captain has his eyes on the sixth World Cup on that pedestal. If you take the Tarot literally, the Tarot favours Brazil or Germany to win World Cup 2022. Perhaps you think this is Hansel and Gretel. German.

Let’s extend the discussion in Comments. I’ll also be tracking this with you @jessicacadams all the way to December. 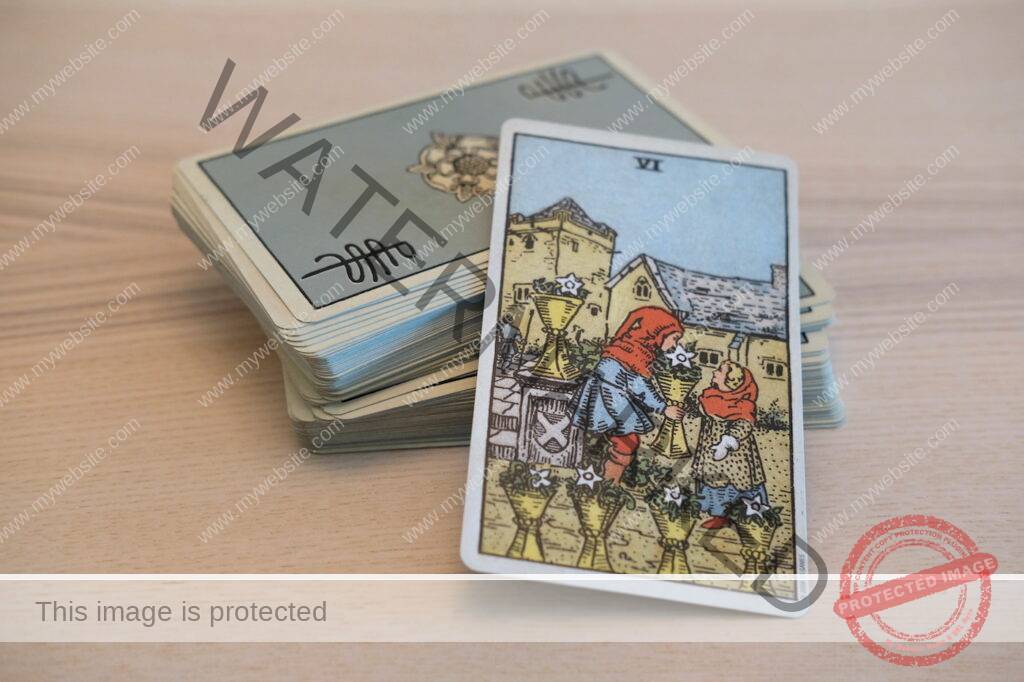