The ongoing story of reliable change is about your finances, lease, mortgage, property investment, company and/or good cause. Sagittarius, you have been dealing with this since Uranus changed signs on May 15th, 2018, and it will not stop until Pluto changes signs on March 24th, 2023.

Uranus in Taurus is in your natal Second House of life budget, cash flow and personal income and debt. That will set you free, and make you independent, but it means life is not predictable nor reliable. Pluto is in your solar Second House of values and valuables, assets and repayments, so life is about the control that comes from self-control. The empowerment that comes from using your willpower. 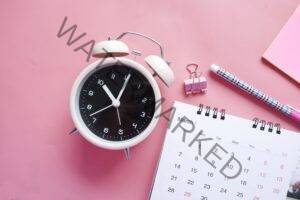 The arrival of the North Node in Taurus, also in your Second House, in your natal chart, suggests you can learn from the past, and use the past too, when figuring out the approach you should take to money, between your birthday in 2021 and your birthday in 2022.

This takes place from January 19th, 2022, and from that point forward, you will find familiar themes and symbolism from the past is repeated.

Thus, the last time the North Node was in Taurus:

Sagittarius, this may be literal debts (you never paid others back for what you were given, or what you borrowed, in 2003-2004 or 1984-1986). Perhaps you are owed from that time. Maybe you gave, or lent, but were never properly repaid.

It is far more common for there to be an abstract theme or heavily symbolic message, though, so it may be that the Universe has a way of settling the balance sheet, without literally taking you back to people, places, organisations or situations from 2003-2004 or 1984-1986.

This unusual, historic combination of Second House transits in both your solar (public) and natal (private) charts – with Pluto in Capricorn, Uranus in Taurus and the North Node in Taurus – suggests that you need to work with repetitive, stuck, cyclical situations in 2022, in order to change your response. In order to transform your personality. It is only by altering how you deal, that you end up with a life that you can happily live with. If you are only ever allowing yourself to be affected by the repetition, then you’re giving in. You have to change. 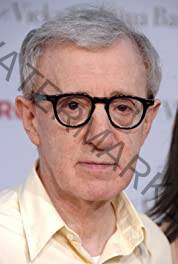 Woody Allen made a film about an agent and his commission in 1984: Broadway Danny Rose. In 1985, he made The Purple Rose of Cairo, about the Great Depression and a waitress who is a breadwinner. In 1986, he made Hannah and Her Sisters, partly about one sister taking money from another – and it became his most profitable success.

On a different note, Melinda and Melinda (2004) made during the second transit, was twice affected by insurance issues and Allen’s preferred actors: Winona Ryder and Robert Downey Junior.

Extending the Woody Allen analogy, find out the second camera angle on the financial film of your life. Your life budget. Are you going through a two-plotline device? As the same area of your life (in your solar chart, or Sun Sign chart) and your natal chart, or birth chart, are both being triggered at the same time, perhaps it’s a good idea to look inward. It’s not just about the rent, or the bills, or the mortgage, or the shares. It’s really about selling out. Or not selling out. Only you can decide that.