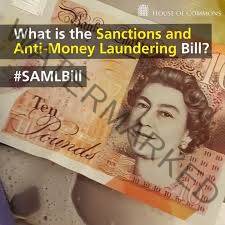 DISPLAY MY BIRTH CHART
Uranus has now been in Taurus - the revolution and the world economy - for almost two weeks. See astrology's true predictions, how alternative timekeeping works, why history is repeating - and why HM the Queen and Prince Charles are all wrapped up in royal assent.

For you and I, on a more personal level, Uranus in Taurus is the shock, the relief and the release of being snapped out of a situation you never realised trapped you so much. And Taurus is banks and it’s taxes.  It’s our global economy. And the wave of change that astrology predicted is already crashing around us.

One of the reasons I really like astrology is that it shows us the big picture. So how are those predictions you read here, shaping up? We’re now almost two weeks into this cycle, which runs for seven years. What we are seeing here is fascinating. Although, if you’re into money laundering, perhaps (or your rich friends are) just – a horrendous shock.

So what was it? And where is it? Well, the Royal Wedding between Meghan Markle and Prince Harry was a great distraction, but actually, the beginning of the end was this. The Queen gave her royal assent to the Sanctions and Anti-Money Laundering Bill. This is how major websites and newspapers saw it – her face on the bills, those notes on a washing line.

This is going to take seven years as Uranus trawls through Taurus, but that washing machine is going to thump across the floor. This Goes On For a While. Welcome, Uranus in Taurus!

This goes on for years. We’re not even across the first stage by March 2019. Yet –  the first shock has been felt. Welcome, Uranus in Taurus!

What you read here –

“Uranus in Taurus vanishes from 6th November 2018 but he returns to the money sign, on March 7th 2019. Anything or anybody people assumed had ‘gone away’ has not. In fact, the FTSE will show dramas in March 2019. Why? Uranus suddenly jumps to 0 Taurus and begins to move closer to that 0-1 pattern.”

Here is another prediction from 9th May 2018 you saw here.

“If you are tracking storms affecting the banks or your credit card, watch the days when we see astro-weather at 29 and 0 degrees. So we’re looking at Sunday 13th May, Tuesday 15th May, Wednesday 16th May. Allowing for world time zone changes, we could predict – unpredictable storms for the global financial industry, May 12th through 17th 2018 which start a revolution which will not be over until April 2026. That is how long it takes for the planet Uranus to complete his cycle in Taurus.”

Here we go. This is from the United Kingdom government website. Good old Gov.UK (with Her Majesty the Queen’s crown in the logo). Sanctions and Anti-Money Laundering Act receives Royal Assent. Dated 24th May, just nine days after Uranus arrives. Meanwhile in Australia, the banks are also in trouble. A down-under enquiry which turns worlds upside-down? The Darkness of a World Financial System Exposed

Just to make sure we’re across the astrology here, you also may have seen this forecast about our Uranus in Taurus weather.

“To say it is going to be ‘enlightening’ to experience Uranus in Taurus 2018-2026 is an understatement, though. We will find that enquiries into corruption at the very top of politics and business, exposes the darkness of a world financial system which simply cannot be permitted to continue.”

Astrology can be strangely literal. Uranus has ruled electrical storms in astrology – shocks – for a couple of centuries. It really goes back to 1781, the year he was found, and the fact that Galvani found what he called animal electricity in the same year. That, and the fact that Uranus 2000 years ago was the father to two kinds of lighting.

In the sign of Taurus, at 0 degrees (his first step) Uranus with all his shocks and lightning bolts, triggers anything also at 0 Taurus and 0 Scorpio too. The finance signs.

This is what you read on 9th May.

“I am posting this on Tuesday 8th May, and the Royal Wedding is scheduled for Saturday 19th May. Venus will sextile Uranus at 6.30pm in London at exactly 0 degrees. Stormy weather, stormy wedding. Uranus at 0 Taurus is sending a big message to us in May. And it’s about very, very rich people and very expensive weddings. It’s also about charity, at the other end of the scale. And it’s about taxation and tourism revenue. Values.”

Nobody could have foreseen that the bride’s father, poor Thomas Markle, was reduced to having to accept money from the paparazzi, posing for sad photographs of himself gazing at tourist guides to Britain. He was trapped. Then, he apparently had heart problems that made him miss his own daughter’s wedding.

Still, the London Stock Exchange did really well around then, closing on a record high. Burberry’s shares rose and perhaps the vote of cheery confidence was down to the bride’s mother being photographed with a Burberry’s suit bag at the airport.

See what I mean about Taurus? And yes, Burberry’s does hold a warrant from The Queen and Prince Charles. Sometimes the astrology yells through the noise.

Watching Italy and the Euro – Breaking News in May 2018

Another old prediction, but this time about the Euro, so we can track how Uranus in Taurus is also affecting Europe, around two weeks into the cycle.

“Born with Neptune in Aquarius in the Eleventh House of groups, the Euro is a confused and confusing currency (Neptune) which floats (also Neptune) without any borders (Neptune again) across Europe. So what happens when Uranus at 1 Taurus squares Neptune at 1 Aquarius, pulling in Ceres at 0 Gemini (Worldwide Web) at the same time? Well, we get pretty close on the square from Uranus at 0 Taurus to Mars at 0 Aquarius and that takes place on Wednesday 16th May at 8.03am, London time. This is a huge challenge to the Euro. A huge shock. We will see major questions about borders at this time, too.”

Well it’s now Monday May 28th in Rome and CNN just told us that Italy’s new election could become a vote on the future of the Euro. That came from nowhere. Uranus in Taurus. Taurus the Bull, Bull Markets, Bullion and Other Bull-Like Substances

A refresher. Taurus rules corporate donors, charities, something for nothing, discounts, payola, contra, money laundering, the public company registers amendment to the UK’s Sanctions and Anti-Money Laundering Bill. It rules suspect money in Russia – a fortune, created in darkness.

Taurus also rules the release of tax returns, the non-release of tax returns, legal tax-avoidance and criminal tax-avoidance. It rules the British Virgin Islands. It’s about Brexit. It’s also about Magnitsky powers. Magnitsky who? He was a whistleblower who died in Moscow, while in custody, in 2009 and his name is now immortalised with the new anti-money laundering bill, which just had royal assent from Her Majesty even before Uranus had spent two weeks in Taurus. And she’s a Taurus.

The offshore machinations of the world’s wealthiest individuals and corporations are in the cross-hairs now. Uranus is radical.

If Great Britain’s 14 overseas territories do not introduce public registers of company owners by December 2020, they will be ordered to do so by the crown. Watch the crown dependencies too. Guernsey. Jersey. The Isle of Man. Royal assent was given on 24th May and Uranus switched signs for the first time since Her Majesty was a child, on 15th May.

That’s an awful lot of rock’n’roll in the heavens for just under two weeks of a cycle most of us have never been through!

The National Crime Agency assesses that £90 billion of international criminal money is laundered through UK banks, including their subsidiaries, each year.

Will it be a Wild and Stormy Daniels? Keep tracking the lightning bolts over the White House. This is going to take a while.