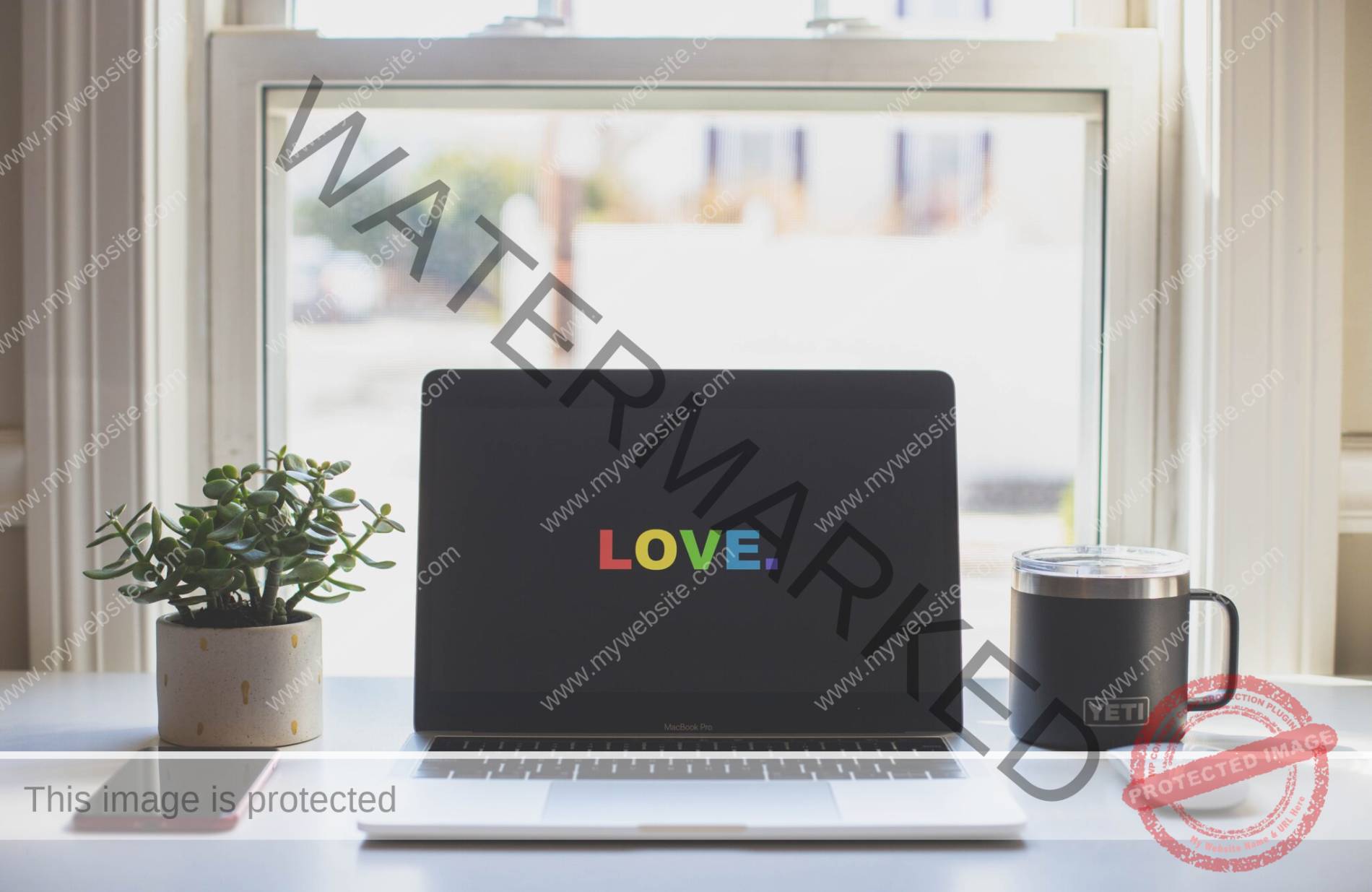 Libra is really The Special Relationship between the United Kingdom and the United States. Shoulder to shoulder. You are either with me, or you are against me. My enemy’s enemy is my partner. The number two (one against one, or ’the two of us’ to quote The Beatles) is Libra.

On average, most people have one, two or three factors in Libra in the Seventh House of their chart. If you have more than three factors, you have a Libra stellium, which is unusual. It defines you. Your personality and life is described by your duets and duels. 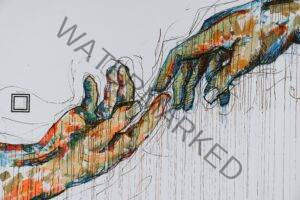 A Workout For Your Duet or Duel

This is a workout for your marriage, or other duet. Perhaps you share a house with a platonic friend, for example: just the two of you. It is also a workout for the relationship you have with your former husband, or girlfriend (for example).

Basically, if you are strongly Libra, from August 17th until October 6th, you will be rebalancing the scales. Trying to find equilibrium on the see-saw. Meeting the other person halfway on a tightrope. All these images are relevant to Libra, traditionally symbolised by the scales.

If so, then the North Node at 6, 7, 8 Gemini and Saturn at 6, 7, 8 Aquarius will both be trine your Libra planets, asteroids, nodes or angles also at 6, 7, 8 degrees. This is rare and unusual. In fact, the trine from the North Node could not happen again for around another 18-19 years and the trine from Saturn, for another 28-28 years. You then have Ceres, another planet, trine your Libra factors at 6, 7, 8 degrees from Gemini, from August 23rd until September 6th, which narrows the time-frame down – in terms of events.

Trines make events happen, because everything is so easy. It doesn’t really matter if you are hoping to commit, or you have to split (the duet or duel). This rare line-up of factors will ensure that you cross the bridge together, or part company. The second half of September finds Mars at 6, 7, 8 Libra so this may also be important.

Single? Without any duet in your life at all, even a professional double act? You seem likely to attract someone, or be attracted to them – and invite them in – to sit on the opposite end of the scales to you. You can’t really go through these kinds of trines and not see a new beginning in your Seventh House.

Given that Libra is essentially about equality, fairness and ‘two’ you can see why any situation or person which goes against that, can’t really last in Libra weather. If so, the tipping point is likely to be the Full Moon on October 20th, with the Sun at 27 Libra and Full Moon at 27 Aries.

If you have factors at 27 Libra then give yourself and the other side more time and space on 19th, 20th, 21st October as you are clearly at a crossroads then.

Give and Take – and Libra

Libra is very much about give and take. Flexibility and a willingness to give way. Seeing it from both sides. Accommodating the other person. The only time that a heavily Libran person will refuse to play, is in the face of injustice. Unfairness. Sexism or racism. Ageism, perhaps, or other kinds of prejudices. This sign is associated with equality, above all.

For better or worse, we think about Libra in terms of the other person – they are known for their marriages, divorces, professional double-acts. There is often something lopsided about the scales with these duets. One person comes from the wrong side of the tracks, for example, while the other person has a blessed upbringing. One person is Welsh, another American. One is older, one is much younger. Part of the task for the strongly Libra person is to find the common ground. To set about the job of finding symmetry and balance, despite the huge differences. Strongly Libra types love the idea of complementing another person. All of this will be to the fore during Libra Season 2021. 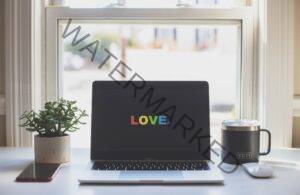 Do You Have Uranus and Pluto in Libra?

You are part of the generation whose parents had access to easy divorce, so you have seen first-hand how equality, fairness, the legal system and justice work (or do not work) between couples. You may have seen your own parents go through it, or your friends’ parents, or an aunt or uncle, perhaps.

People who grew up with Uranus and Pluto in Libra were part of the post-Pill generation whose mothers, aunts and grandmothers pursued women’s liberation. Feminism, as it later became. They (you) are extremely sensitive to misogyny.

The Uranus and Pluto years when you were children, are also the years that gay and lesbian equality became a global movement, ultimately ending in equal marriage rights. Again, the idea of everybody deserving the same advantages in life – no prejudice – can be found in this very Libran movement.

As we see Libran transits cross over these original placements in your chart, and the charts of billions, we’ll typically find major issues about men, women, equality, gays, lesbians and so on, surfacing in the headlines.

The Taliban have taken back Afghanistan. That is an obvious example, sadly, of why the rights of sexual minorities, girls and women are about to make the news in Libra weather. In fact, the takeover began with Venus in Libra.

Gwyneth Paltrow is a good example of a Sun Libra woman who has been on the Libra path and found herself as part of a very famous marriage and then an even more famous ‘conscious uncoupling’. Roxane Gay, author of Bad Feminist, is another classic Sun Libra person. Andrea Dworkin, the radical feminist, author of Last Days at Hot Slit, is also well-known.

The Duet is Everything

For the strongly Libran person, the duet is everything. Sometimes there is more than one. Oscar Wilde was consumed by his love for a man who sealed his fate. He was also married F. Scott Fitzgerald wrote books like The Great Gatsby and Tender is the Night, to explore love.

Not every duet is sexual or romantic. Carry On, Jeeves (and all the Jeeves books) written by Sun Libran P. G. Wodehouse, are about the double-act between a butler and his master, Wooster.

And sometimes, you can be known for (and explore) your separations and divorces, as much as your solid marriage. Carrie Fisher springs to mind.  So does Arthur Miller, another Sun Libra, married to Marilyn Monroe.

There is quite a cluster passing through Libra, and each horoscope factor (usually a planet) has a role to play in the story that unfolds for your marriage, say, or your work partnership.

Venus brings envy, sometimes outright jealousy and a reasonable degree of vanity. Venus is about seduction, but also complicated emotion. Mother-in-law and daughter-in-law. Mother and son. Married woman and lover. Venus had no qualms about adultery. She is associated with the mirror (her glyph is a reduced hand-mirror) and also with the breasts and vagina. Most sculptures of Venus, or paintings of her, show her deliberately covering both, to draw attention to them. The Venus de Milo is a case in point.

Mercury brings news. Messages and paperwork. Important media stories and new information. Contracts and agreements. Sometimes, the papers for marriage or divorce, when in Libra.

You need to be careful with Mercury in Libra in 2021 as the story being told for you, with the other person, will go backwards and forwards. At 10 to 25 Libra, Mercury manages to stall, delay and alter the narrative between you from September 7th until November 3rd. That is quite a long time, and you may want to be aware of the potential for missed messages, emails in your spam filter, broken communication, misunderstandings, retracted statements, technical problems (computers, hacking) and so on. Mercury rules the written and spoken word, so when he is retrograde, you classically find muddled or mixed situations.

The Sun in Libra

The Sun in Libra will draw attention to your past, present and potential duets and duels. It will shine a spotlight and expose and highlight the two of you, together or apart. The Sun will eventually form a conjunction with the New Moon in Libra, on October 6th, and outline a new beginning; a birth; a conception. This may be quite literal. Lots of Libran types will announce pregnancies or adoptions, then. The Moon rules motherhood. The Sun rules fatherhood.

Mars is of course the Roman god of war and can attract battles and even more extreme outcomes, between duelling couples, or those on opposite sides of the fence. It does not have to happen; awareness is everything in astrology. Yet, if there is injustice in the ranks, Mars by transit tends to overheat emotions and reduce tolerance, so you can see why he has a reputation for conflict, when in Libra, in your Seventh House.

Mars has long been called the red planet and does in fact, appear to be red on his surface. The colour red is associated with blood (the bloodshed of Roman battles) but also with a flushed face, associated with anger. When we are physically gearing up for ‘fight or flight’ the blood rushes to the surface of our bodies.

Mars is also about the red of panic buttons – the red of the fire brigade, or the flashing red light on a police car. It is about tremendous speed and action-stations. When people see red, they are angry.

So, you get the picture. Into the middle of all this Libran weather, from the second half of September, comes Mars. One way of another, whatever sort of duet or duel you have, you’re going to work it out, in the most intense way, between August and October 2021.

Libran types are associated with peacekeeping forces (the United Nations) as much as peace treaties and peace accords. The highest expression of Libra is the struggle for equality between two people or two sides, which ends in agreement. Even – love, peace and harmony. It can happen. But only with this sign, which dominates your natal chart.